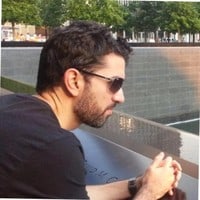 Guilherme Lazzari is a lawyer and singer/songwriter based in Curitiba, Brazil. After graduating from law school, he found himself eager to explore his creativity outside the 9 to 5 days, especially through playing his electric guitar.

Not longer after that, he began writing his own songs, influenced by the grunge and Britpop scenes of the 90s.  After a few rehearsals with some friends, he formed and became the lead singer and guitarist for the band Urbanites, that released two EPs in 2017 and 2018 (available on Spotify, Youtube and others).

Besides music, Guilherme has a big passion for movies, TV shows, podcasts, comedy and books.

His bookshelf is filled with historical fiction (Maurice Druon, Bernard Cornwell), fantasy (J.R.R. Tolkien, G.R.R. Martin) and classical literature (Hemingway, Garcia Marquez and others). His favorite movies include films from David Fincher, Tarantino, Coppola and Scorsese. Along with Seinfeld, he considers Breaking Bad, Mad Men and The Sopranos as TV’s masterpieces.

Ultimately, he’s been reading a lot of non-fiction books, such as biographies, case studies and scientific themes (the Yuval Harari work is his favorite in the field).

After taking digital marketing courses and exploring the extraordinary realm of writing, Guilherme began his online business as a freelance writer, focusing his writing on current themes such as digital marketing, self-development, info-tech, urban mobility, and music.

He also loves to travel and has already been to countries like The United Kingdom, France, Italy, Argentina, The United States and others.

He is married and lives with his wife Paula and their two kittens. 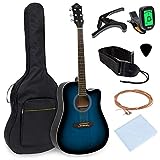