Jazz involves a lot of improvisation, which can be intimidating as a new guitar student. How do you improvise if you don’t know how chord progressions work? Can you play songs that have absolutely no structure when you’re new? Guitar sets and performances don’t always follow a strict progression. Instead, jazz musicians tend to use performance as a creative outlet. They pick a beat, a certain chord progression and tinker around within those progressions.

When I started listening to Jazz standards (as a kid), I remember feeling overwhelmed by the seemingly unstructured  progressions. It seemed as if Jazz musicians explored a range of possibilities that no other genre could. And I didn’t like the inconsistencies. As I continued to learn about Jazz, I realized that there actually is a structure to Jazz standards, albeit different from other styles of music. And the more you explore the genre, the more it’ll translate into a creative, yet logical progression.

If you’re interested in developing your relationship with Jazz standards, a really good approach is to learn the most famous jazz chord progressions. This information can be added to your tool box to use when you’re inspired or looking to delve into the world of improvisation. Learning common jazz progressions helps you to outline a song without stifling the melody. Once you master these progressions, you’ll be able to choose a particular progression which will allow you to solo with a whole band without having little more than a jazz chord progression in mind.

The Most Common Jazz Chord Progression

The most common Jazz chord progression involves a II-V-I (2-5-1) component. This means that, regardless of the chord you choose, you’ll move from II-V-I degrees on the fretboard. Most jazz songs include some variation of this progression, making it an essential part of learning jazz standards.  It’s a staple in Jazz standards. And, actually, this particular pattern can be found in most genres of music. Meaning, once you get used to the way it sounds, you’ll be able to pick it out of R&B music, pop, rock and more genres.

While most songs will involve a number of different patterns and rhythms, starting with the basics should help you set some standards for improvisation.

The following example demonstrates the II-V-I pattern in the key of C:

But you can apply this progression to any key. You could begin to explore a minor chord progression on a minor key if you’re looking to make your progression less peppy. If you’d like to explore a different key with the same structure, you could try the following chords:

Songs that include the II-V-I progression are as follows:

Another common chord progression in jazz involves a I-IV-II-V pattern. George Gershwin’s “I Got Rhythm” coined this progression. He had such an impact on Jazz music that the popularity of his songs generated more music that implements this pattern. And since the birth of “I Got Rhythm”, the I-IV-II-V patterns has evolved to be a core jazz pattern.

The III-VI-II-V follows a similar progression. The difference with this pattern resides in the first chord. But familiarizing yourself with patterns like the I-IV-II-V will help you to slide into less conventional jazz progressions and jazz blues without difficulty.

Another common, and beautiful jazz chord progression involves the I-VI-II-V pattern, ending with the V chord. Study bass has a great table that shows you this chord progression in every key. For example, if you’d like to find this pattern in the key of C, the chords will operate as follows:

Songs that incorporate the I-VI-II-V pattern:

In the following video, you can begin to explore the II-V-II-VI pattern. Steve Herberman even includes a PDF on his channel in order to help you explore this pattern to it’s greatest potential. In this progression, you can substitute i for iii, if desired.

I’ve never been someone who wants to delve into the science behind music (even though I’m well-aware that music theory makes you a much stronger musician). If you’re like me, and you’d rather be playing the chords than worrying about how music theory works, don’t fret. Here’s a terrific resource that gives you tons of different chord progressions in every genre. If you know that you’d like to play Jazz guitar but you’re not so sure that you care about the degrees at which the chords are changing, have a look at these progressions / jazz standards and let the creativity flow.

While music theory can take some of the magic out of performance, it adds a lot to your musical tool box. Studying scales, arpeggios and other music theory will optimize your skills. And arpeggios are particularly useful when you’re looking to improvise.

Arpeggios are broken chords. Played in succession rather than in a single chord, these scales can be used to improvise on top of other chords. This is a really common approach in jazz guitar and jazz standards.

According to Webster’s Dictionary, arpeggios are:

Using arpeggios in jazz guitar — or broken chords, allows you to be curious within a structured environment. This type of exploration is a huge part of jazz guitar and jazz standards. But equipping yourself with these strategies transfers over to all genres, making you a more versatile artist. 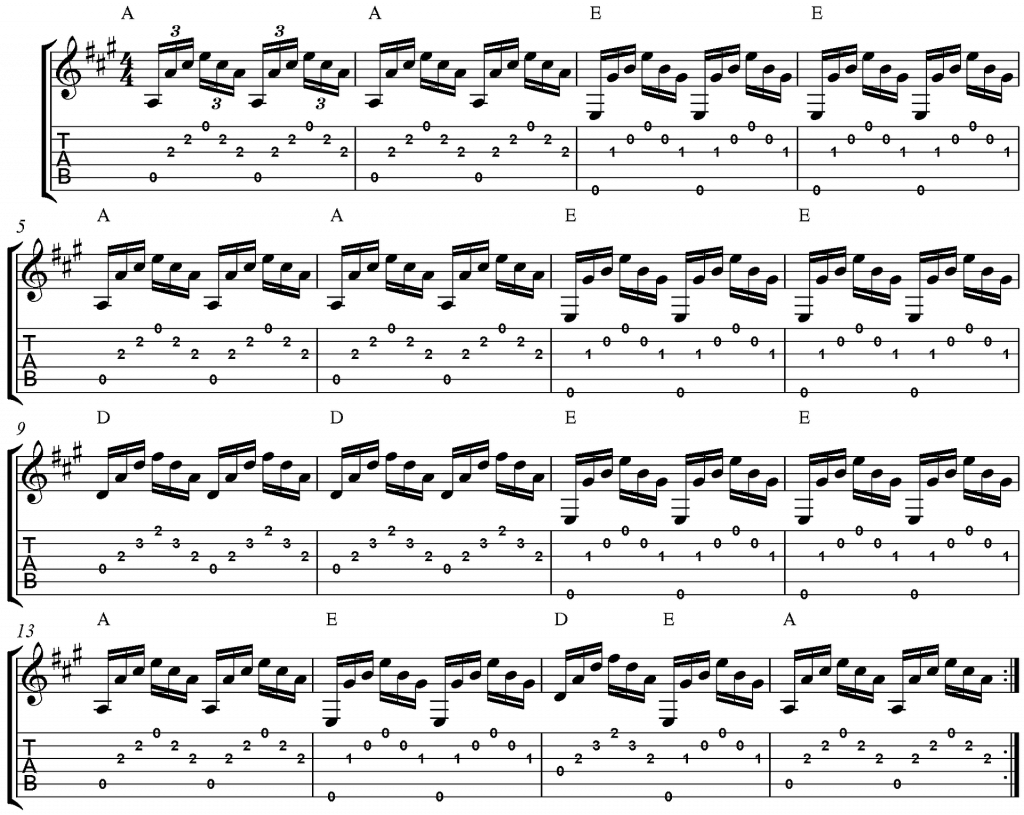 The above image shows a variety of arpeggios in action. While the base chords are A, E, and D, you never play the whole chord at the same time. So, if you decide to explore one of the previously discussed chord progressions in a particular key, a soloist can tinker with arpeggios to complicate and emphasize your sound.

While these chords are incredibly common when playing jazz guitar, you’ll find them in just about every other genre as well. Learning these patterns will help you progress as a musician regardless of your musical tastes. Whether you’re looking to diversify as an artist or to delve into the Jazzy deep end, learning common chord progressions will help take you to the next level.

And the beautiful thing is that you don’t have to master every key or a ton of music theory to be able to apply these chord progressions to your practice. When you’re starting out, consider just learning a few of the most common chord progressions. This will allow you space to be creative without hindering your ability to make beautiful music.

Improvisation is an essential part of becoming a jazz musician. But even these seemingly unstructured musicians use a network of chord progressions to fuel their creativity. By mastering Jazz’s most common progressions, you’ll allow yourself enough structure to encourage creativity. 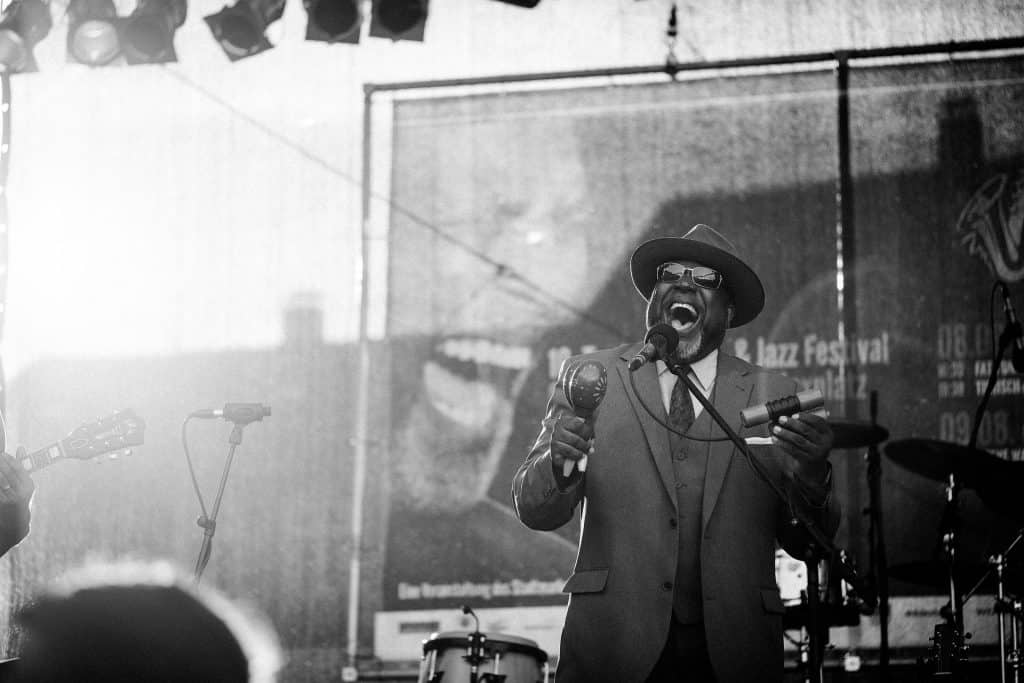