Alongside the notes you play, the rhythms you use to play those notes are what makes the tune you’re playing recognisable! Time signatures (also known as meters) are the first thing you need to get your head around, and that’s where we come in!

If you’re struggling to understand time signatures or just need a helping hand, then you’re in luck.

What is a time signature?

In musical notation, the time signature is one of the first things you’ll see. It’ll be right at the beginning of each line, just after the clef (the symbol you’ll see at the start of a piece of notated score, but not tab) you’re playing in and any key signature that might be being used. If you’ve never seen one of these before, it’ll just look like a number sitting on top of another number. 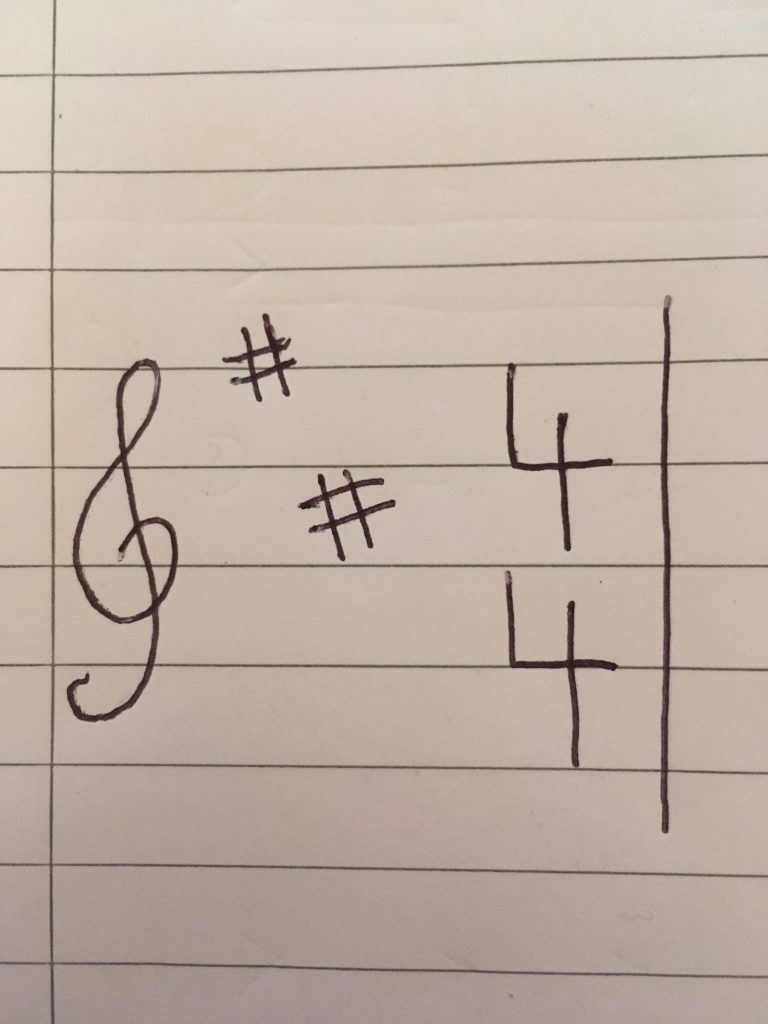 Showing where the time signature will be at the beginning of a piece.

The number at the bottom will be a 1, 2, 4, 8 or 16 (bear in mind that it is possible to keep this pattern going forever, but it’s unlikely you’d ever come across anything higher than 16) and the number at the top could be anything (though again, you’d very, very rarely see anything above 20). These numbers are there to tell you how many beats there are in a bar, and of which length each beat is. 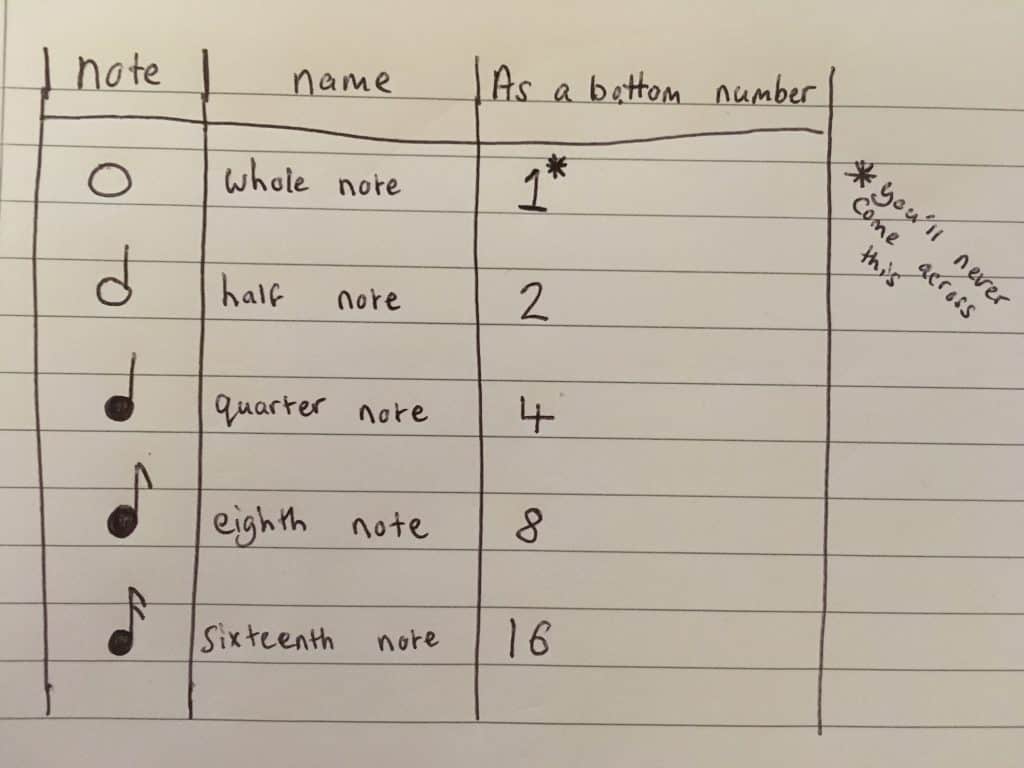 A table showing how to form the bottom number in a time signature, and how to understand the concept.

We can make this simpler

A lot of the numbers you see in a time signature are much more likely to appear than others, with simple time referring to these common, easy to understand time signatures. Think back to the last time you made something up on guitar- it was probably in common time. If I had to guess, I’d say 4/4, which looks like this. 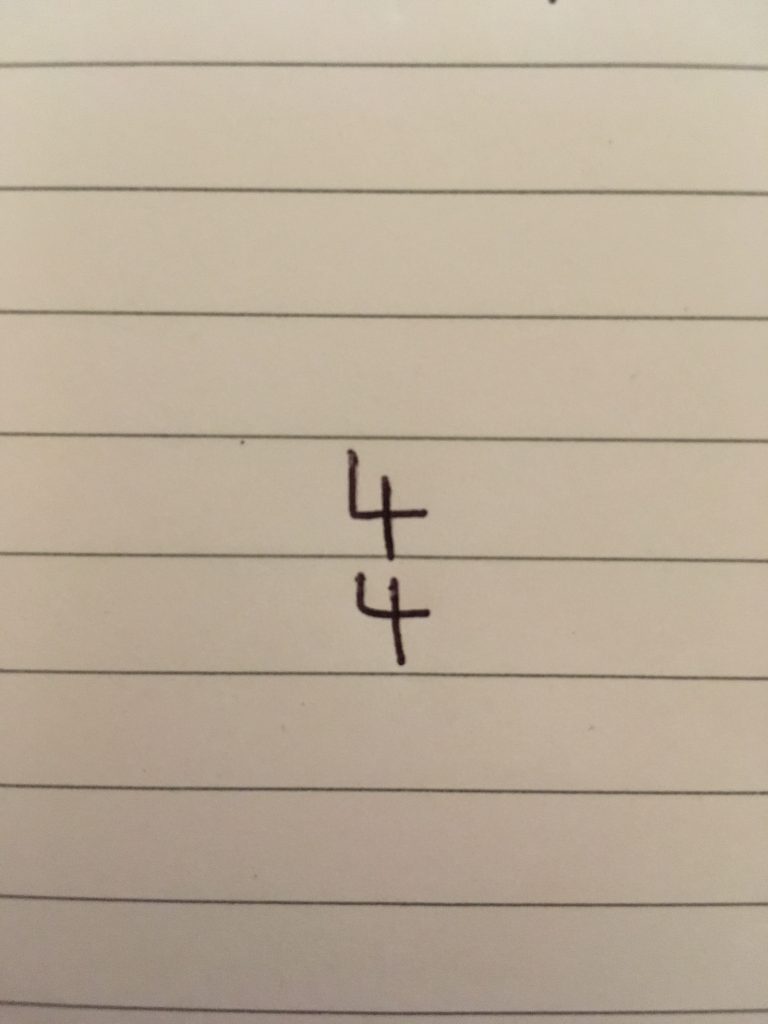 Let’s take a look at some simple time signatures!

Now that we know how time signatures are formed, we can have a look at some of the most common ones you’ll come across, especially as a beginner.

These two are a guitarists bread and butter- nice and easy to recognise, learn and compose with. J  Below, things start to get a little more complex.

This example actually raises a key point. Time signatures can change throughout a piece. One minute you could be playing in 4/4, and the next be in 3/4. Or you could have a piece in 2/4, and suddenly be presented with a bar of 5/8. So be ready.

What is compound time?

Compound time essentially takes meters that could have each beat divided into 2 (like 4/4 and 3/4) and makes them divisible by 3. 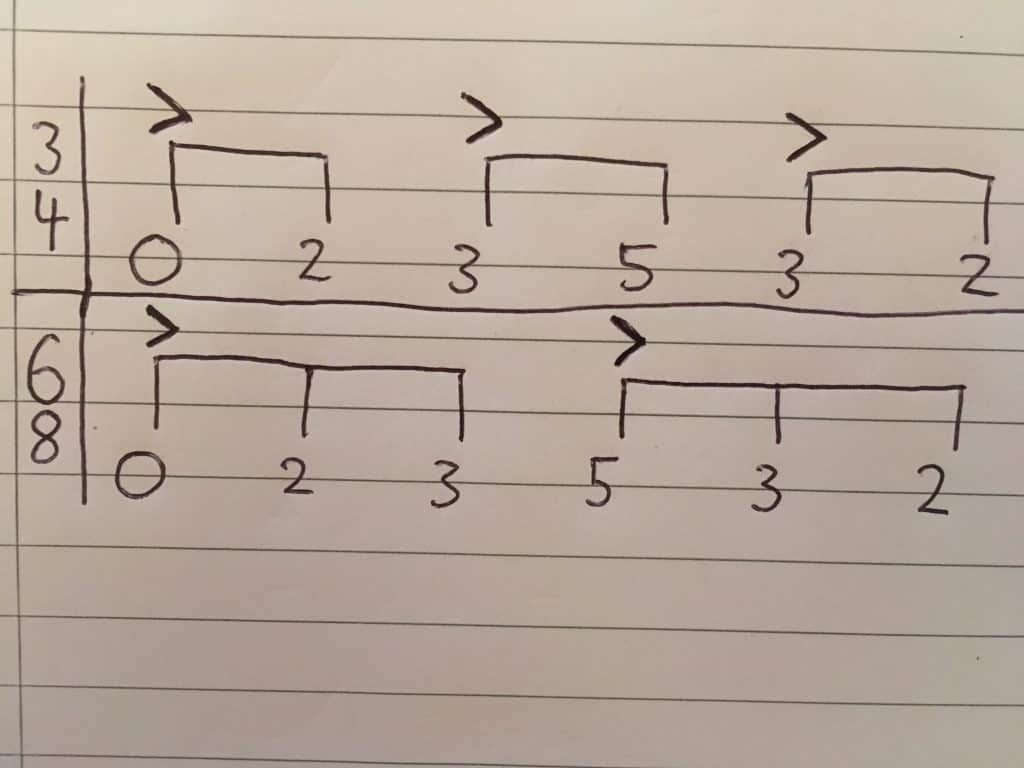 Comparing a 3/4 time signature with 6/8, based on the placement of accents.

See how they the same pattern, but the different accents mean they are different time signatures?

First of all, notice the ‘and’ when counting in 3/4. These represent the eighth note beats that fall in between the quarter note beats, which are put into a 3 beat grouping that emphasises all 3 beats in the bar.

This ‘and’ is dropped when counting in 6/8, as the eighth note pattern shown in the time signature already implies the use of eighth notes. This divides the bar into a 2 beat grouping, with emphasis on the first and fourth eighth note.

Despite these differences in emphasis, the patterns would last exactly the same amount of time, but it is the pattern of emphasis that determines the time signature.

In a bar of 4/4, there will normally be a strong accent on each beat, and you could count out loud in groups of 4 quarter notes.

However, even if you hear a note played on each beat, that doesn’t mean it’s being emphasised. This bar of 2/2 below could be counted in 4/4, but due to the nature of the emphasis it would make a lot more sense for groups of 2 half notes. 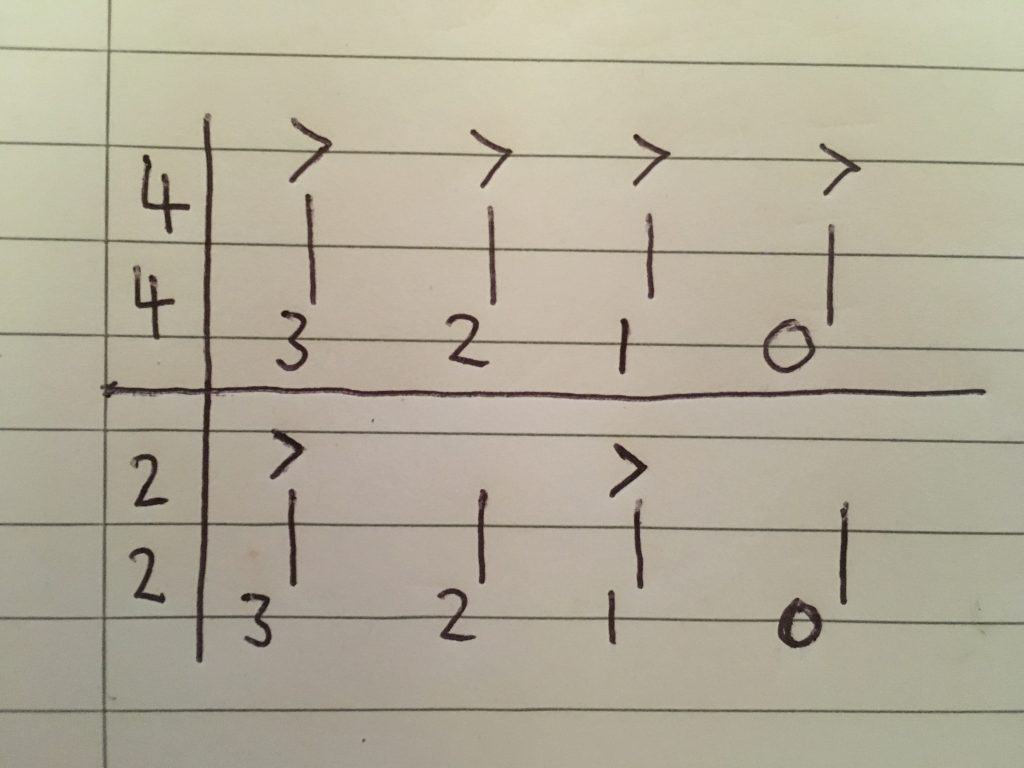 You can use the same knowledge to understand other time signatures. 9/8 for example, is counted in a pattern of 3 groups of 3 eighth notes, rather than the 3 groups of 2 eighth notes that comes from 3/4.

Let’s try and put this into practice

This track is a great example as it’s nice and simple on guitar, so you can form it using the simple chords you’ve already picked up.

Before I tell you the time signature, have a go on your own to see if you can count it.

I’ve got a few handy tips if you can’t get it straight away:

For this track, our time signature is 6/8. Notice how each bar is made up of 1 chord, separated into 6 eighth notes. The emphasis is on the ‘one two three four five six’ pattern, making this distinctive meter stand out.

Use the same tips to try and work out this time signature:

Another track that you’ll be able to get the hang of chord-wise pretty early on, but can you work out this time signature?

There is a nice helping hand going on throughout, as the bass drum hits on every quarter beat. They might as well be clapping your hands for you! Beyond this, we can rule out any triple meter as it just doesn’t fit (try and count this in 3/4- you’ll see what I mean) and then we’re down to the final question- is it 4/4 or 2/4?

As the chord often changes every 2 beats, the emphasis sometimes comes every 2 beats. We can suggest that this one is in a 2/4 time signature. Although, it is pretty ambiguous and you wouldn’t be wrong to suggest 4/4.

Ready for a tricky one?

Taken from ‘Dark Side Of The Moon’ this track has sealed its place in rock history, but something pretty special is going on with its time signature.

This creates 7/4 time, something quite complex and relatively rare, but let’s take a look anyway! 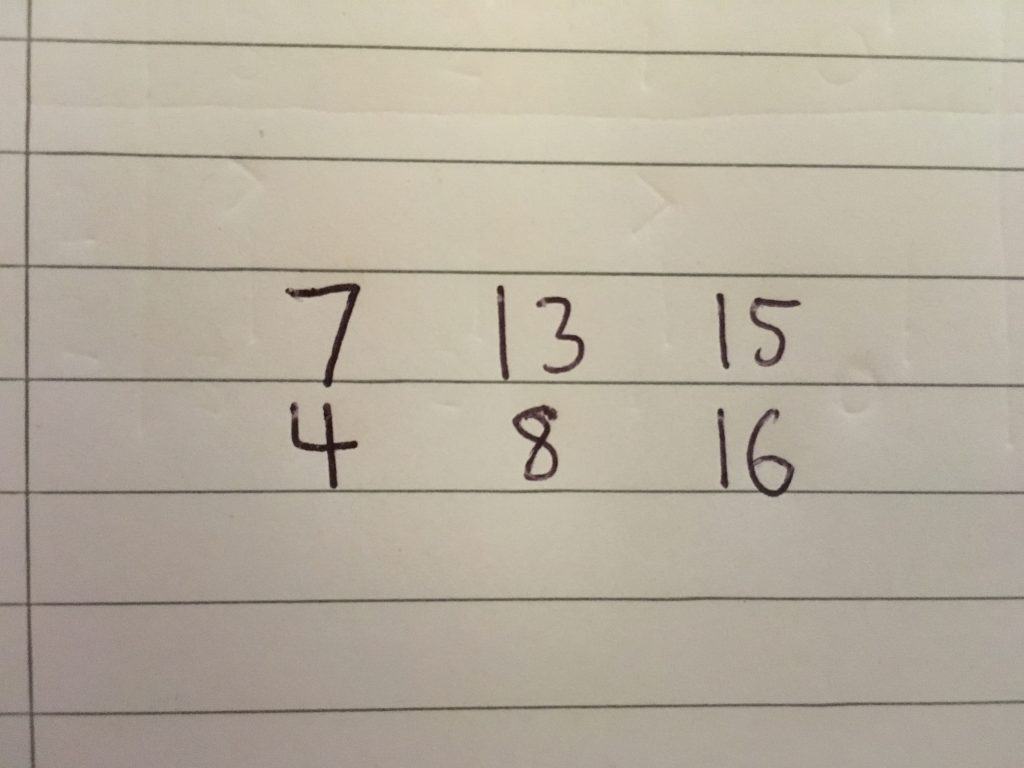 This is where things get weird.

An understanding of this aspect of music theory is essential for your development as a guitarist, though a beginner will rarely encounter such complexity.

If you feel like checking back later when you’re more comfortable with the basics, then put your new found understanding of time signatures to the test with our ’10 Easy Songs On Guitar’ or maybe even try to ‘Learn Guitar Scales’ in a few different time signatures.

So if you remember everything we’ve just done, you’ll know exactly how many beats are in a bar of 5/8 (5 eighth notes) or a bar of 13/16 (13 sixteenth notes). In terms of being able to read music that uses these time signatures, that’s pretty much all you’ll need to know.

This melody for example, includes 2 quarter notes, 2 eighth notes and 3 sixteenth notes, which works out to form a 15/16 time signature. 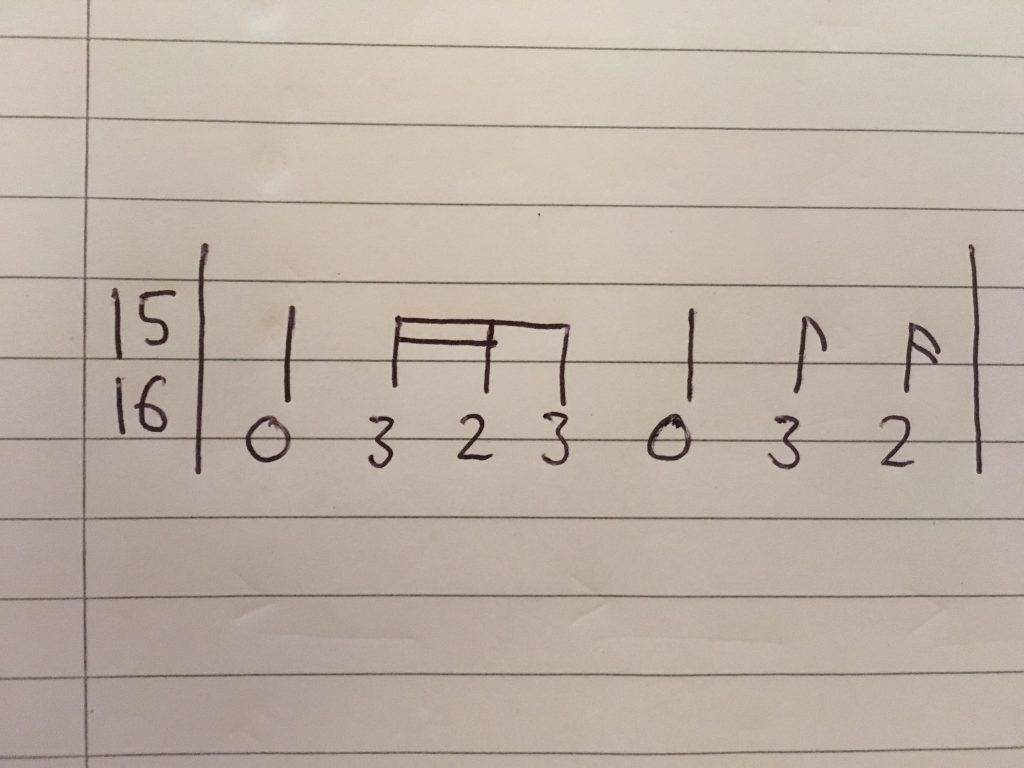 A few tips for playing in complex time signatures:

You could view these as individual bars and follow the specified accents or approach by dividing it up into mini time signature changes based on where the accents are. 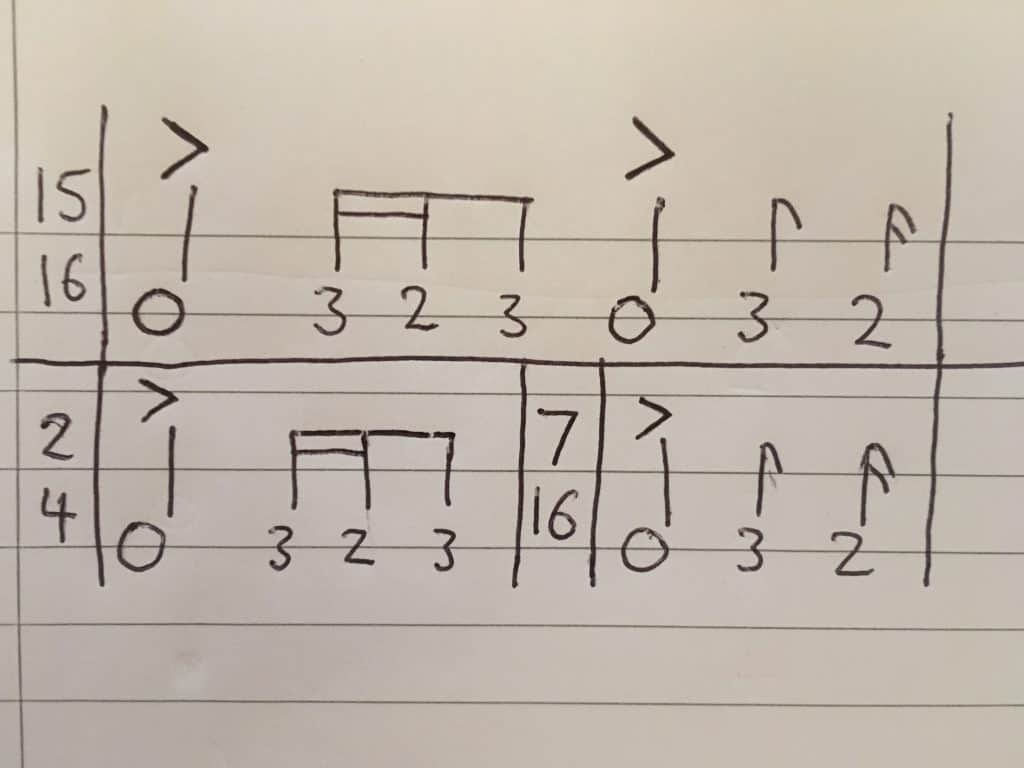 Deciding whether to use accents or seperate time signatures when playing using complex meter.

Both options would give the same sound, just approach it with whatever technique feels more natural.

Check out this video on Dream Theatre’s ‘Dance Of Eternity’ (widely regarded as having the most time signature changes of any song). It shows a bit of everything we’ve covered in this guide, from how the time signatures change alongside accents/emphasis, as well as guiding us through the different, often very complex, time signatures. Don’t worry if it’s a bit baffling at first- I’m still wrapping my head around it too!