Becoming a songwriter may sound like a crazy dream to some of us, especially during the first steps of learning to play the guitar or any other musical instrument.

Most of us (including myself when I was a beginner) seem to ignore the fact that writing a song is an activity just as doable as learning to play one.

I’ve been writing songs for six years now, and have released some of them with my band. Through this process, I’ve developed skills that help me to express myself musically and come up with the kind of music that I’m so passionate about.

In this article, we’re going to explore seven songwriting tips for beginning guitarists. After adopting these simple attitudes, you’ll see how things can shape up to the creation of your own songs. 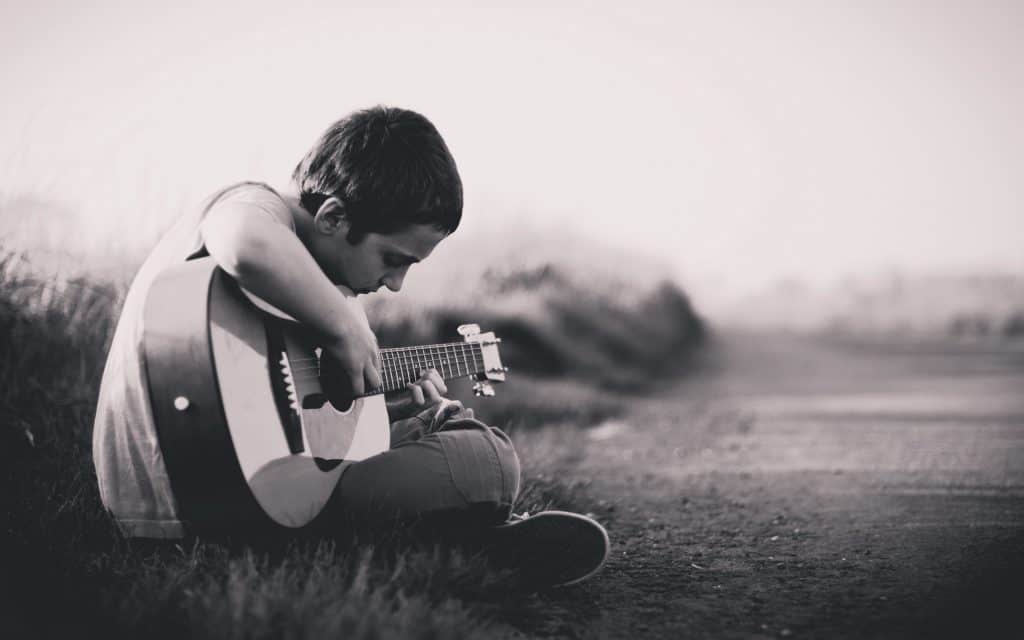 1. Don’t assume you’re not able to write a song just because you don’t know musical theory

Which one came first, music or musical theory? Well, music, right? So, it’s reasonable to say that musical theory is not necessarily indispensable when it comes to writing music.

It is a valuable skill for sure, and if you have the time and energy to study harmony and melody theories, and to learn how to read sheet music, you should definitely go for it—they will help you improve as a musician.

Just don’t think you’ll won’t be able to express yourself with your own musical creativity unless you learn all of that.

The punk rock scene, with bands like Sex Pistols, Ramones and The Clash, showed us how we’re able to write outstanding music from the gut, trusting our instincts, and finding a place of truth by doing that.

2. Once you learn the basic chord shapes and power chords, you’ll be ready to go 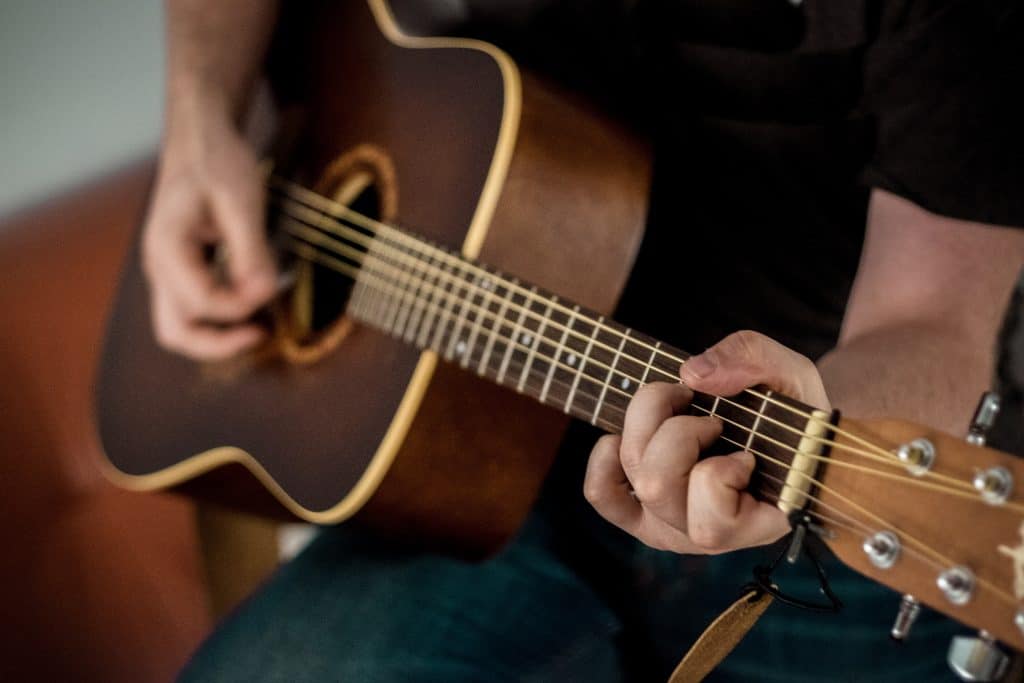 Well, right now you’re probably becoming familiar with the major and minor chords shapes that are most used in popular music: C, D, E and Em, F, G, A and Am, B and Bm.

You also must be reading or watching some videos about powers chords, that are simply a “Jack of all trades” chord shape, which enables you to navigate the guitar neck and play all the notes in a very easy way—the basic tool of the punk rock scene.

Once you get some practice playing these chords and see yourself able to switch from one to another without much effort, you’ll be able to explore and play different notes, see how these transitions sound to your ears and choose which of them relate better with your musical taste.

With your “songwriter state of mind” on, soon you’ll be creating chord progressions and power chord riffs that ought to be the spark for new songs.

3. “The melody always finds me whenever the thought reminds me / Breaking a chain inside my head” 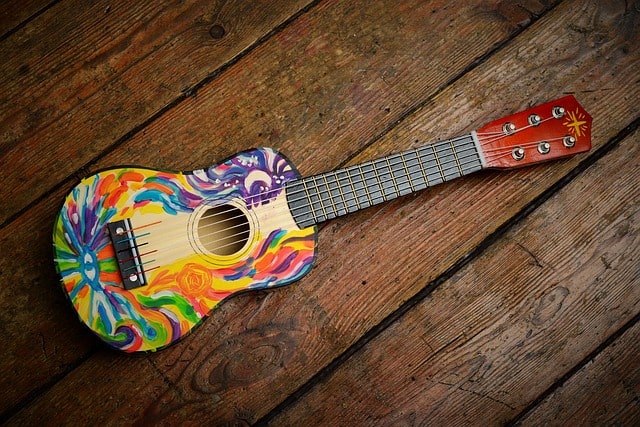 The first line of “Timeless Melody”, song from the British band The La’s, kind of breaks down this big step in songwriting: let the melody find its way into the sound you’re creating.

Whenever you come up with a chord progression or riff that you consider to be a potentially good intro, verse or chorus, play it a lot and let it play inside your head when you’re not with your guitar.

Mentalize it, just like a mantra, and use this piece of music you’ve created as the base from where a song might grow. Hum some sounds that harmonize with that chord progression or riff, and then try to create a melody from this humming.

But don’t push it. Let it come naturally. It’s better to record your ideas with your phone and hone them unpretentiously, until you realize you’ve got a beautiful piece of melody in your hands.

You’ll know when you’ve got it right.

4. Start with the melody, then work on the song lyrics 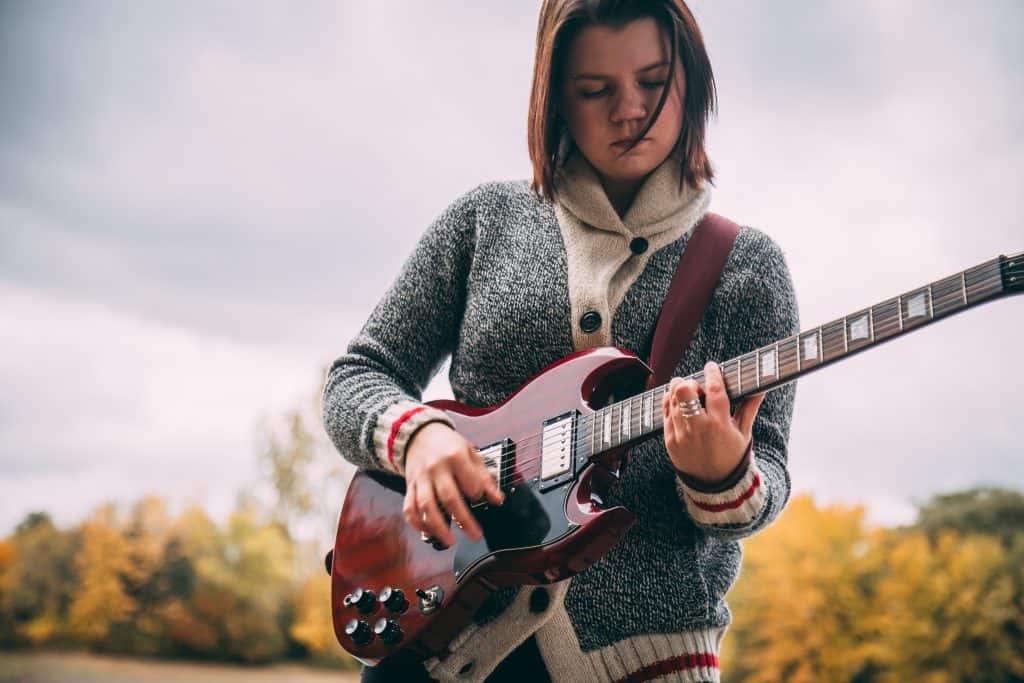 This is not mandatory, just to be clear. A lot of songwriters begin their songs with the lyrics. Take Morrissey, for example.

In my case, I believe that the most memorable thing in a song is the melody. It transcends everything, particularly language. That’s why I always start with that.

One of the greatest examples of what I’m saying is the song “Yesterday”, from The Beatles. Paul McCartney stated that the first version of the lyrics verse were “Scrambled eggs/Oh my baby how I love your legs/Not as much as I love scrambled eggs”.

Pretty lame, right? But it served the purpose of holding the melody and the phrasing in his memory, until the moment he wrote the definitive version of the lyrics.

5. Try to emulate your music heroes (which is totally different from imitating them) 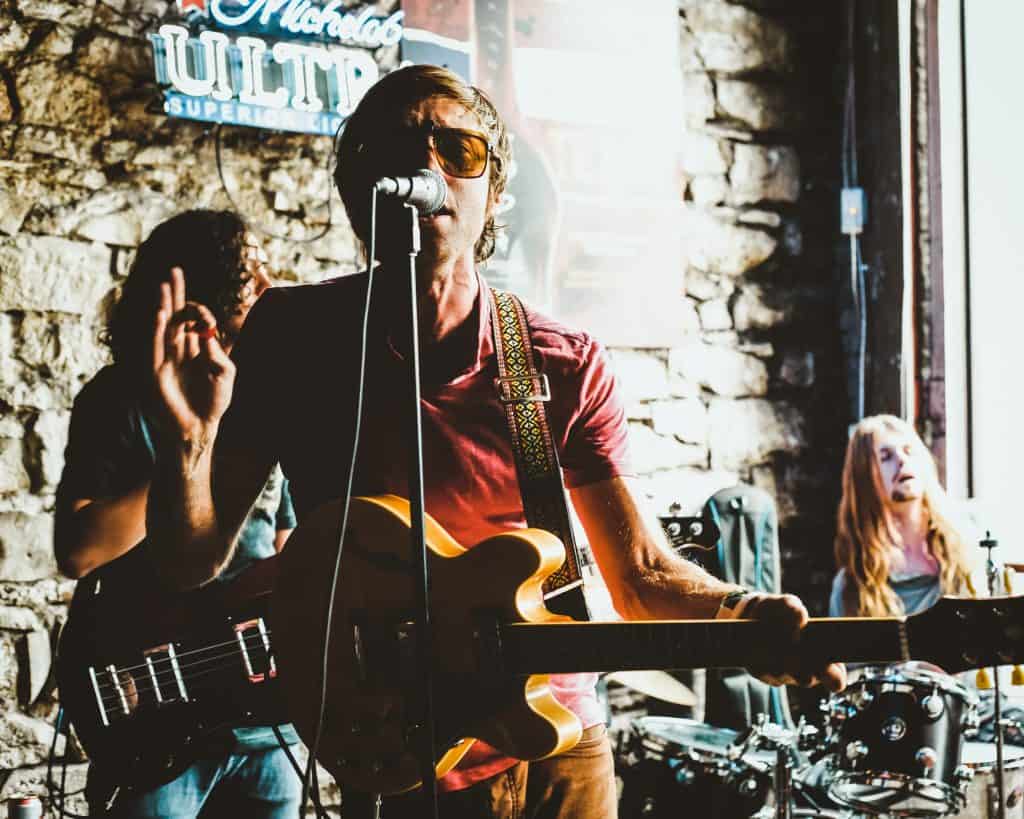 This is a great tool for songwriters, and a little bit misunderstood by some people, who mistake it for imitation.

Actually, the act of emulating another artist is like pursuing his or her attitude in a given performance. Think about a song you really love and incorporate the feelings you perceive from it. Pick up your guitar and play anything you like, with those feelings in mind.

Most of the time nothing great will come out of it, but once in a while this practice might trigger a great song idea that you wouldn’t have had if you hadn’t made that attempt.

6. Start noticing and learning from the song structure of the tunes you’re listening to

This might seem like an effortless practice, but it has great benefits. You just have to listen to the songs you already listen to and identify their sections.

A section is a complete, but not an independent musical idea. In the pop culture, you’ll probably be familiar with songs that have verse, chorus and bridge. It varies from song to song, but some very common structures would look like these:

Once you begin paying attention to the structure of the songs you’re listening to, you’ll become aware of the different sequences of sections that are there.

Most important of all, you’ll become aware of which sections your new song idea still needs, in order to form a whole new song. After creating the sections that are missing, you can decide which structure fits better with your idea.

7. Don’t pressure yourself into writing an entire song right away, but instead let your ideas breathe

Don’t push yourself to finish a whole song right away. If it happens, great, but only if it comes to you naturally.

Instead, turn on your songwriter mindset and think about your little ideas anytime you can. Play with your guitar and experiment with new chord progressions that could dialogue with the ones you already came up with.

Be demanding with yourself. Don’t accept the bits that sound lame and uninteresting. Continue to do that and in a few months, you’ll have some new songs you can be proud of.

After putting all these tips in practice, try to partner up with people who share the same musical tastes and goals you have. It can enrich your experience by a lot, and you might also be forming your first band!

Any doubts or suggestions about these songwriting tips? Let me know in the comments below!