Depending on why you’re learning the guitar, playing chords may just be the most important first step you can take. They are the basis of almost every song, and in most cases,  they are the key way to make your own versions of tunes immediately recognisable.

If you’re just starting out with guitar chords, then this will help you master them in no time…

What is a chord?

On the guitar, you’ll form your chords using your fretting hand, by (normally) pressing down on more than one fret at a time (learn how to fret properly here), using your other hand to then play those chords in a variety of ways. There are many 1/2 finger chords (I’ll show you these very soon) and a lot of chords are actually pretty simple to get the hand of. Others not so much…

Technically any notes played together are a chord. If you strum a standardly tuned guitar without pressing down on any frets (E-A-D-G-B-E) you’ll get an Em11 chord and in theory, all 12 notes of the chromatic scale would form some kind of cluster chord. However, there are a lot of simple chords that we can start with that are much easier to play and comprehend:

These chords are ones you can play with simple hand shapes and have open (no frets pressed) strings. I’ll tell you the notes, and then the best way to position your fingers. 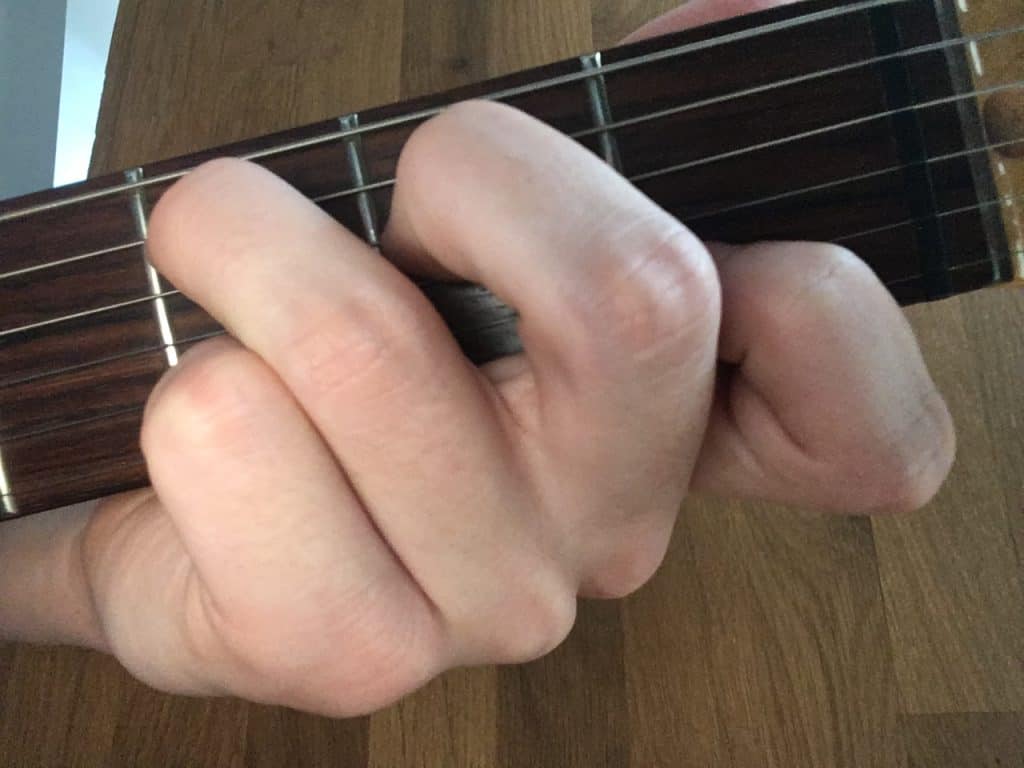 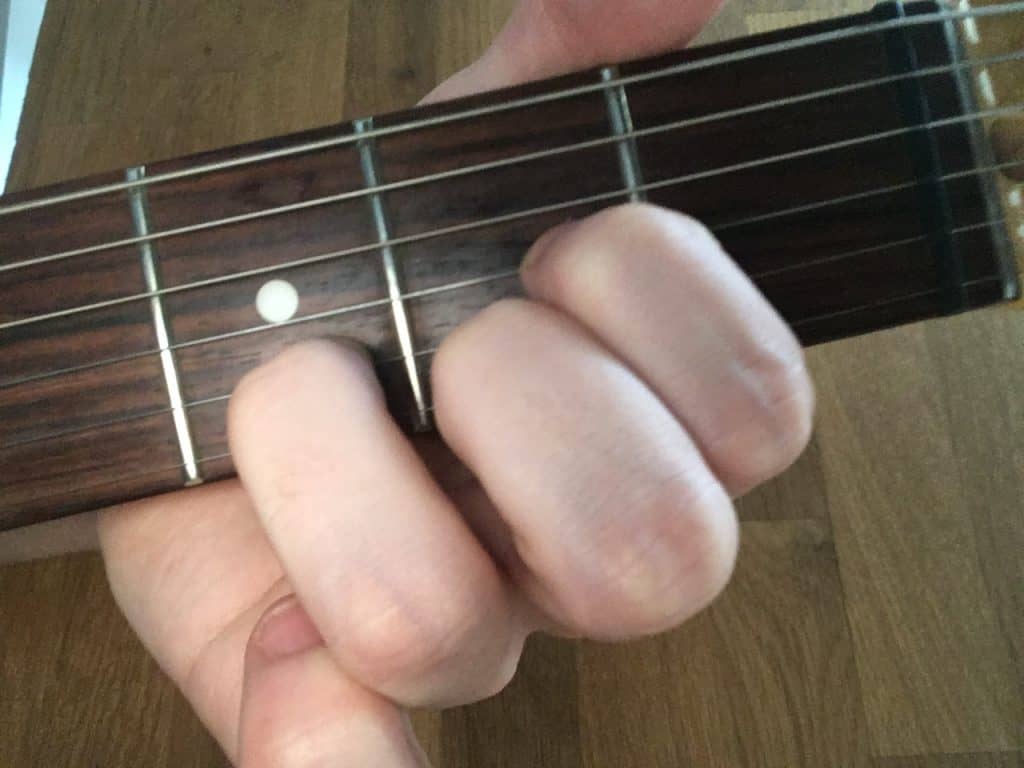 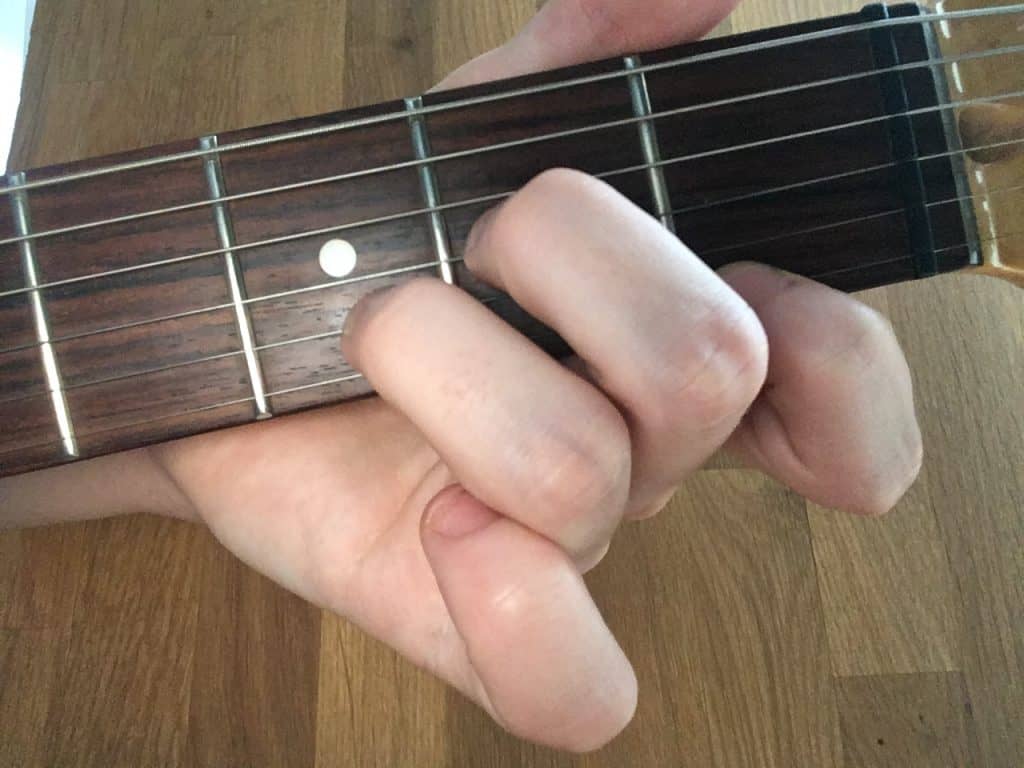 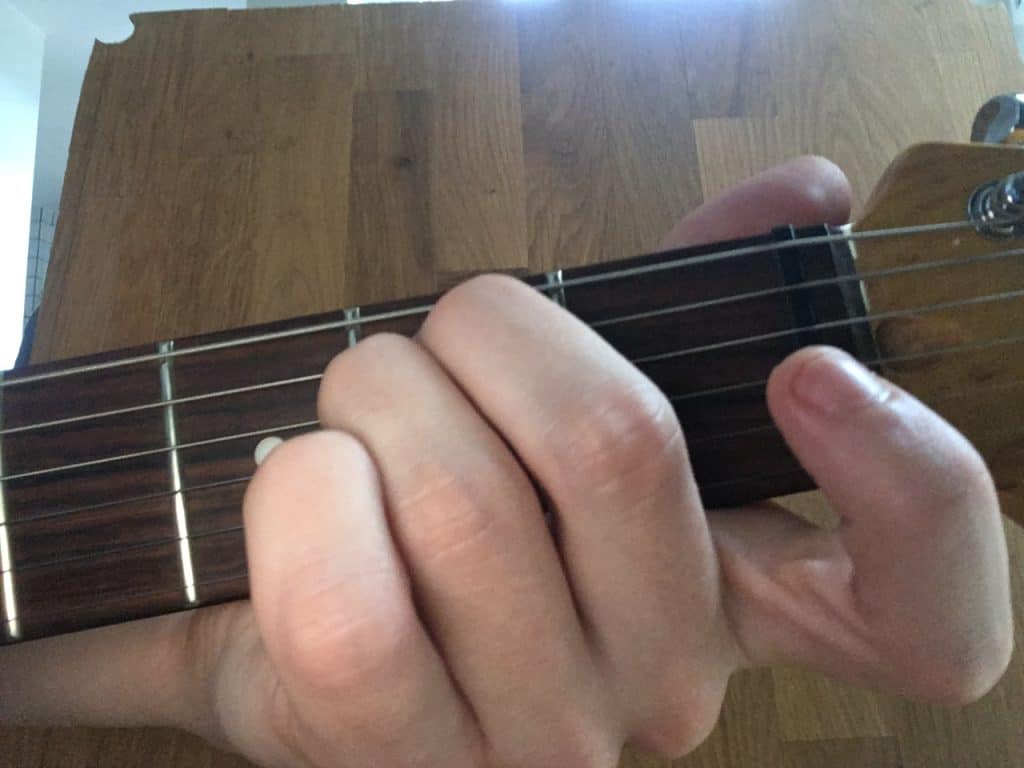 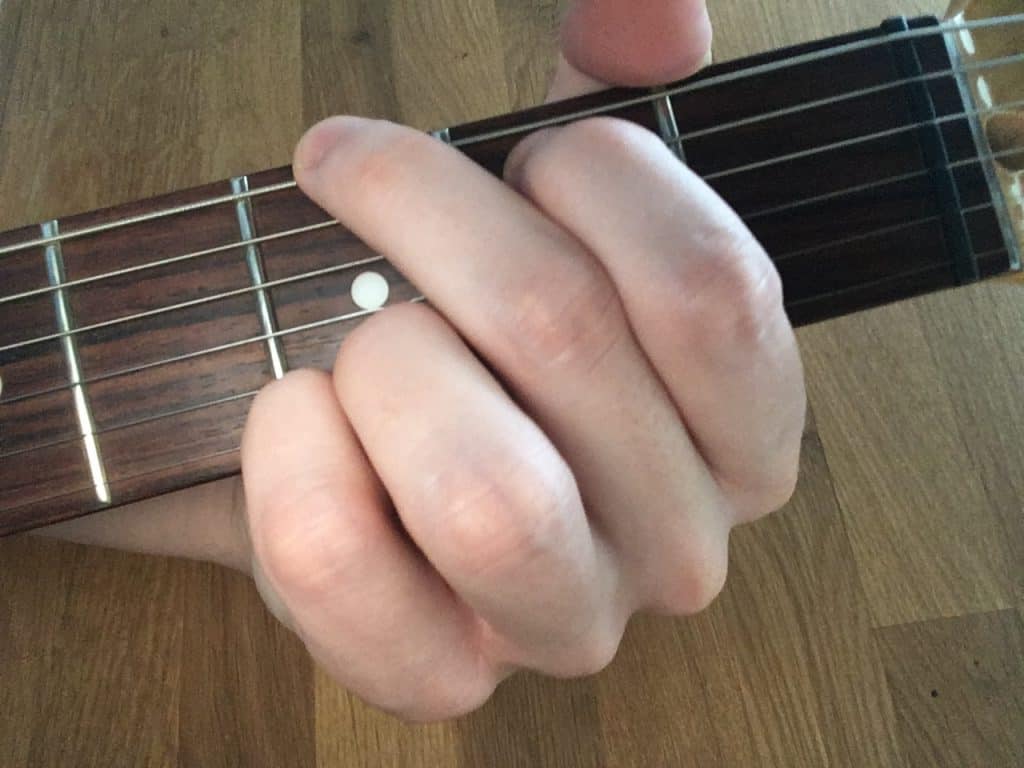 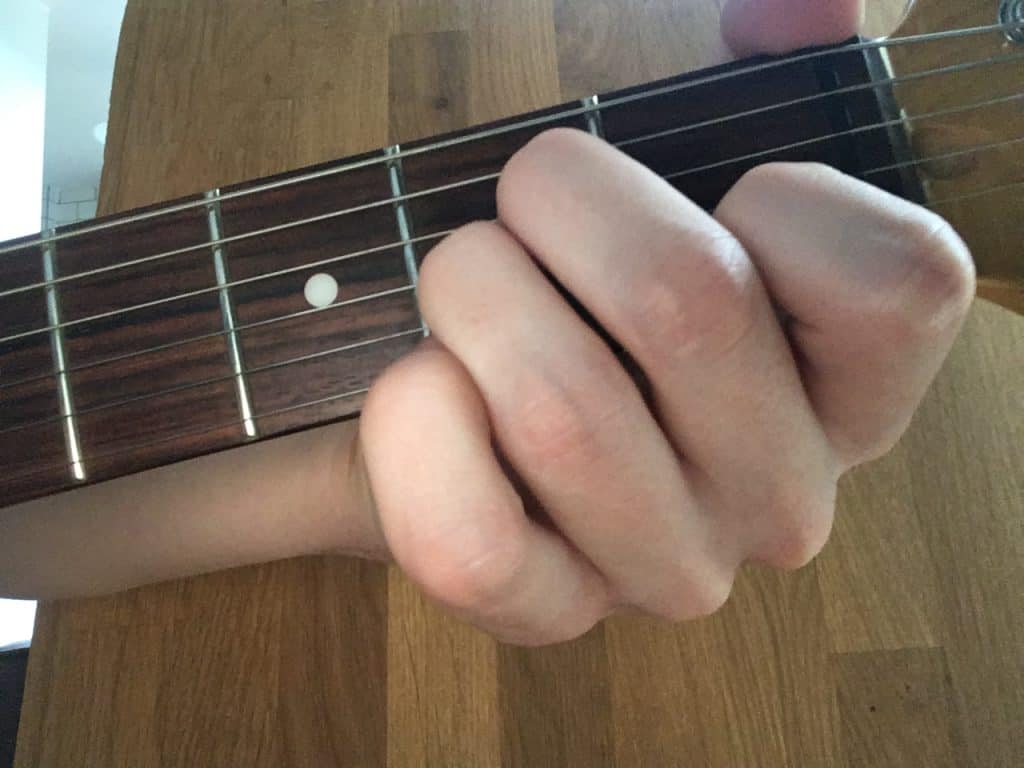 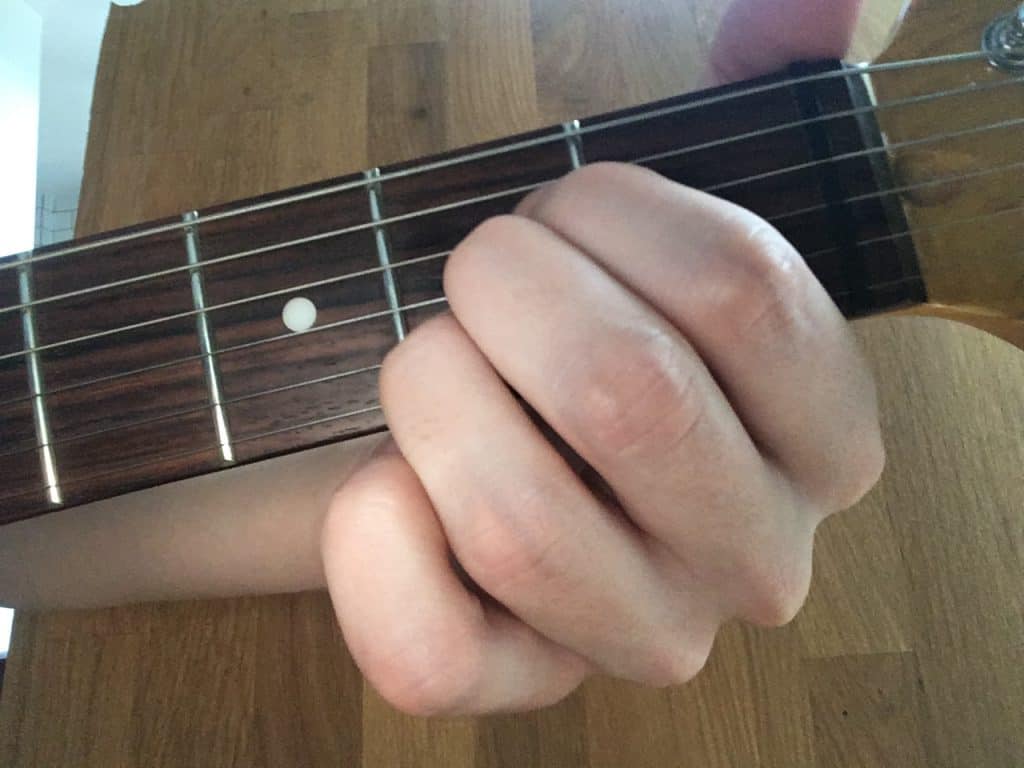 You might notice we’ve skipped over a few seemingly obvious chords (B [which you can learn more about here] and F for example) there, but I’ve got a good reason. To make them sound how they’re supposed to, you need to use something called a barre chord, and they’re much harder than these simple chords.

A barre chord is named after the ‘bar’ you create across the strings with your 2nd finger. The rest of your fingers will be used to add extra notes. The good (and really helpful) thing about barre chords, is that you only need a few shapes that can be moved up and down the neck to create new chords. The technique of playing barre chords is always one of the hardest things for everyone starting out with a guitar, so don’t give up! 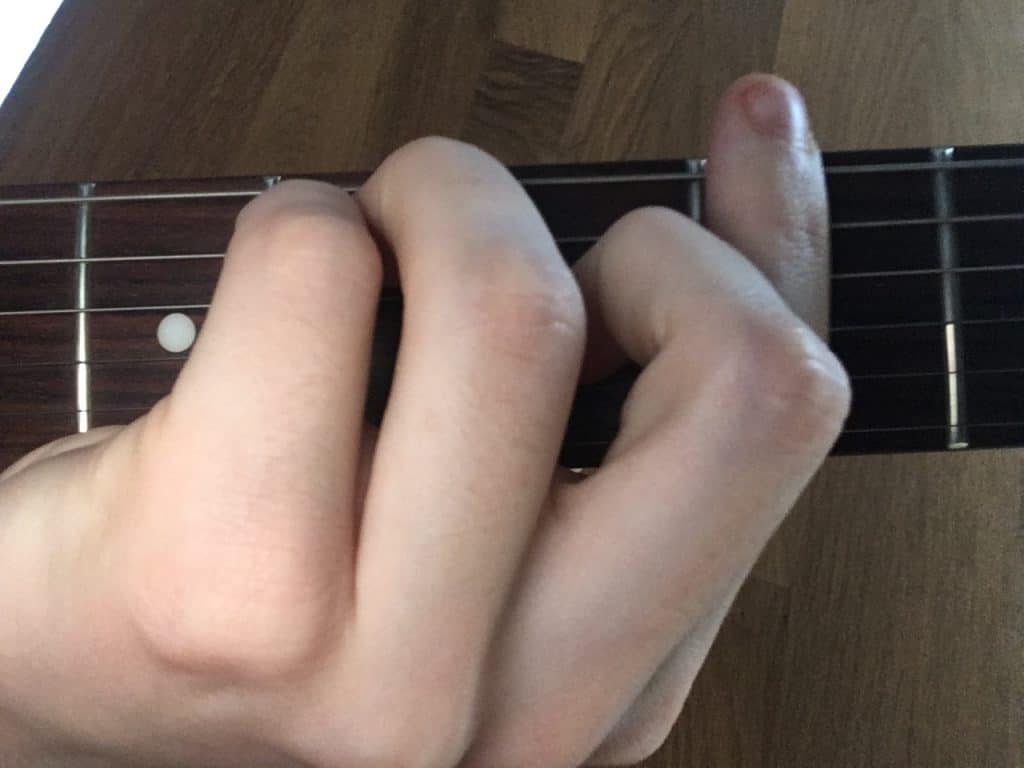 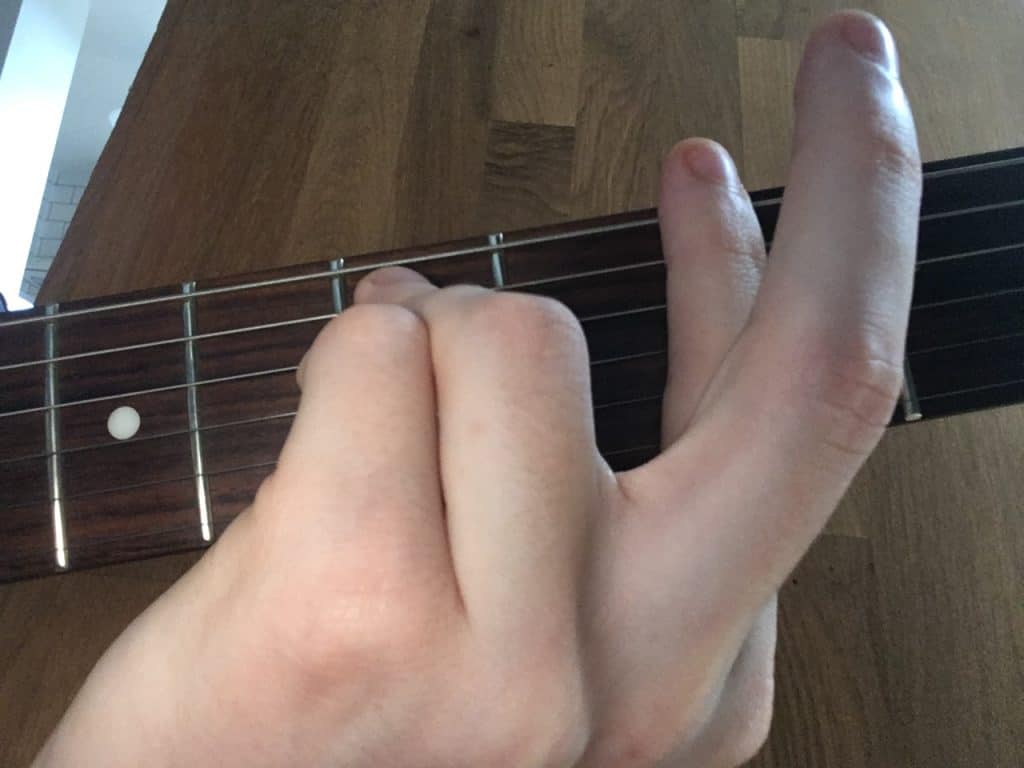 Now that you’ve conquered something as hard as barre chords, we can go back to something nice and easy: power chords. They’re a bit like a barre chord, but less complete and a lot less painful.

A great example of the use of power chords is Green Day’s ‘American Idiot’. Note how quickly they can move between the chords while using power chords, something you wouldn’t be able to do as well with barre chords.

An extended chord is the addition of an unexpected note to a triadic (3-note) chord. There are hundreds (probably thousands) of different extensions you can add to a chord, from sus4 to maj7 to 7#9b13. I’ll just show you some of the more common/useful ones, and the easiest way to play them. And as always, remember I’m just showing you the shapes here. You can move these shapes up and down the neck to change note. 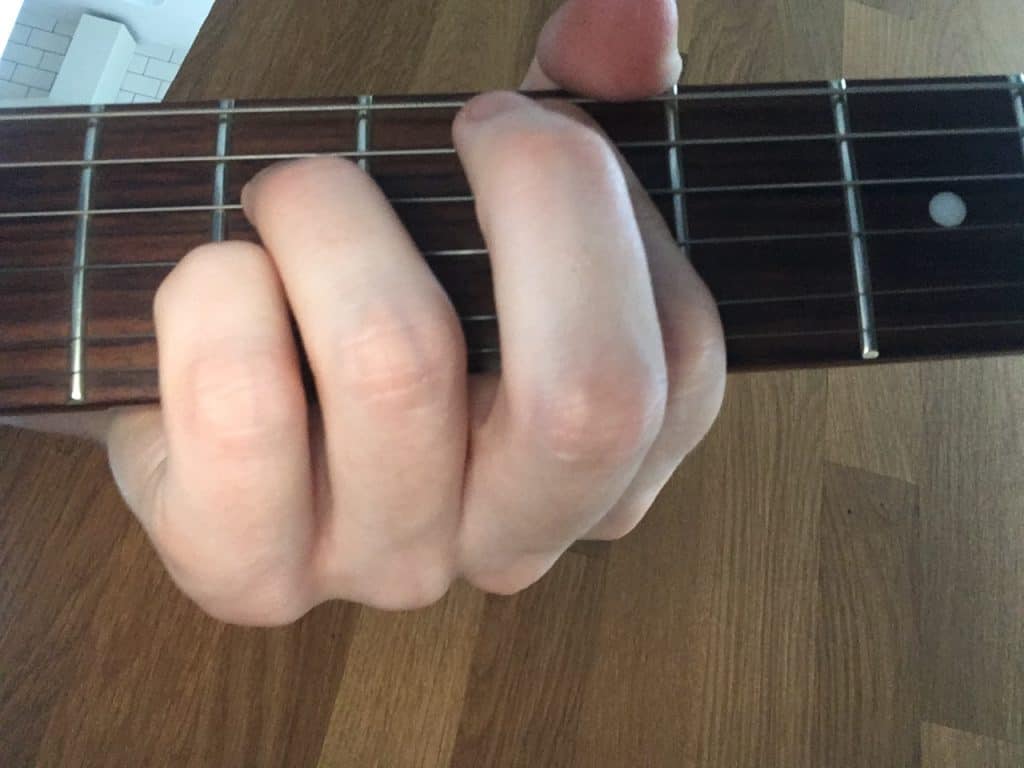 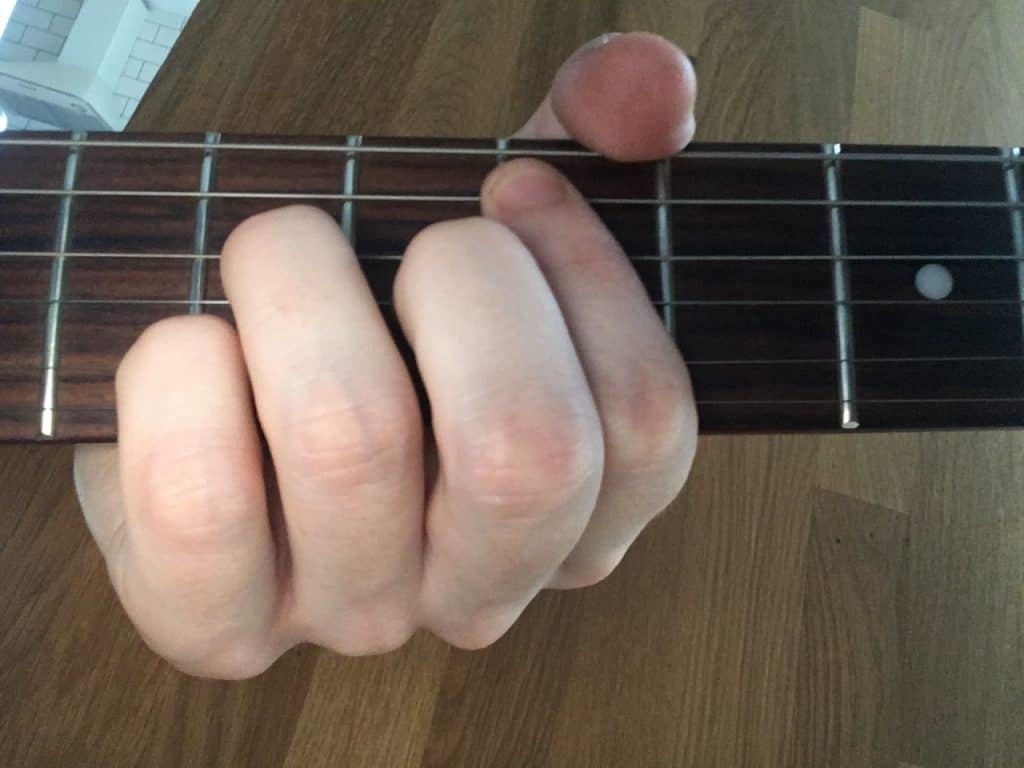 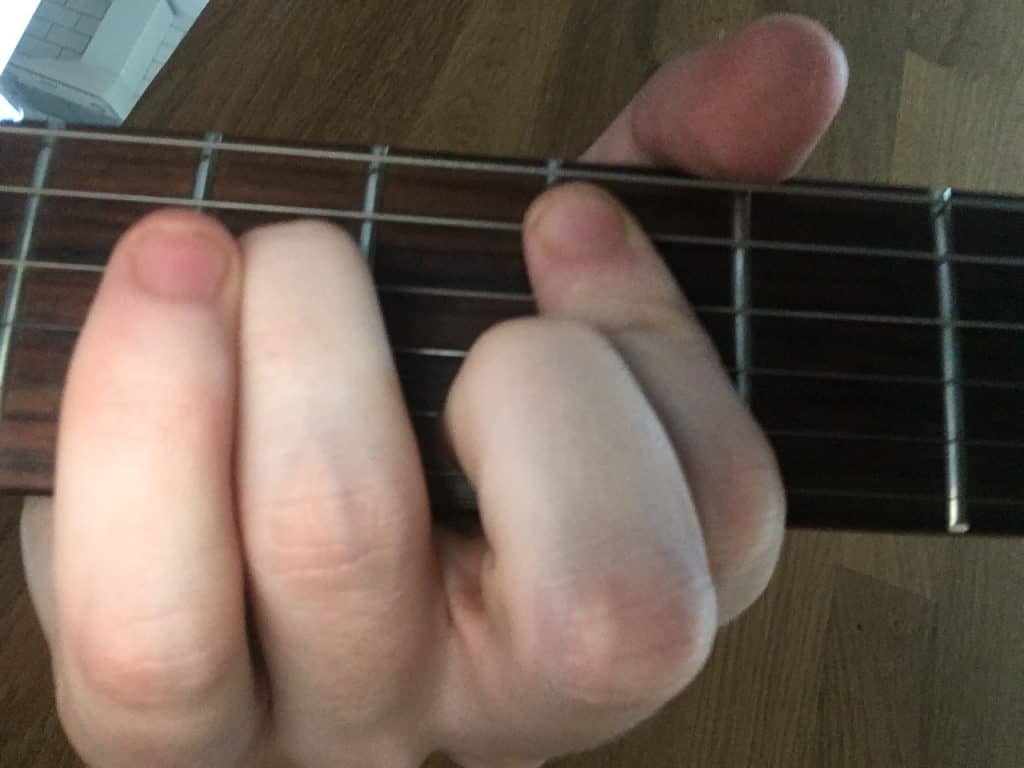 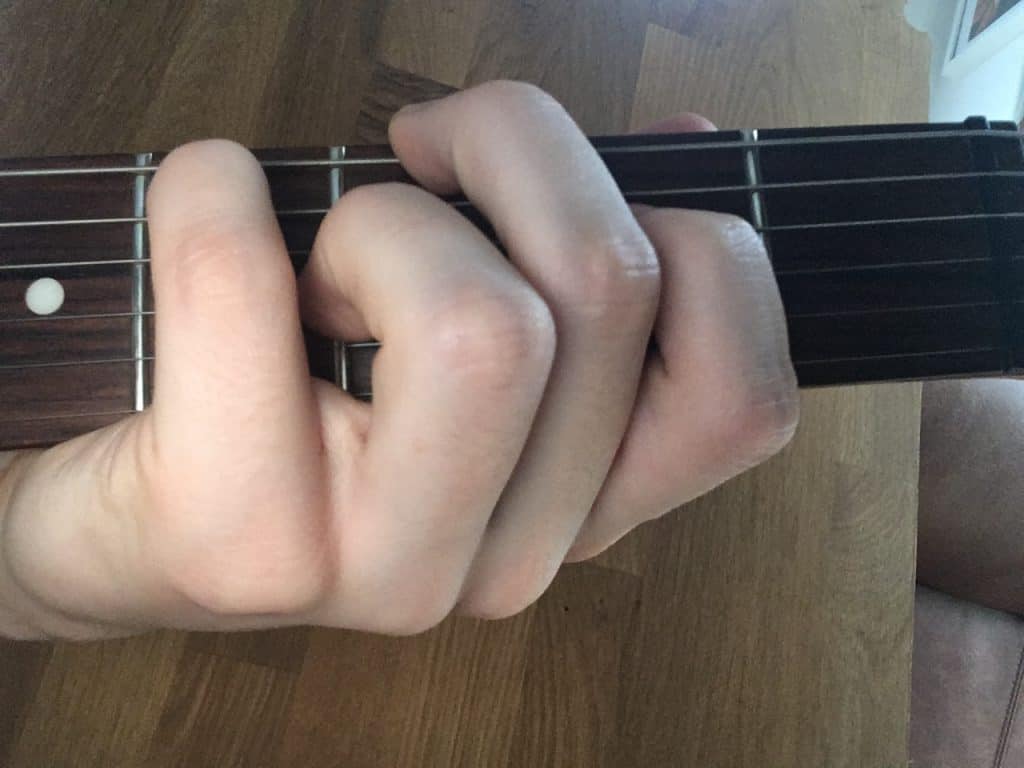 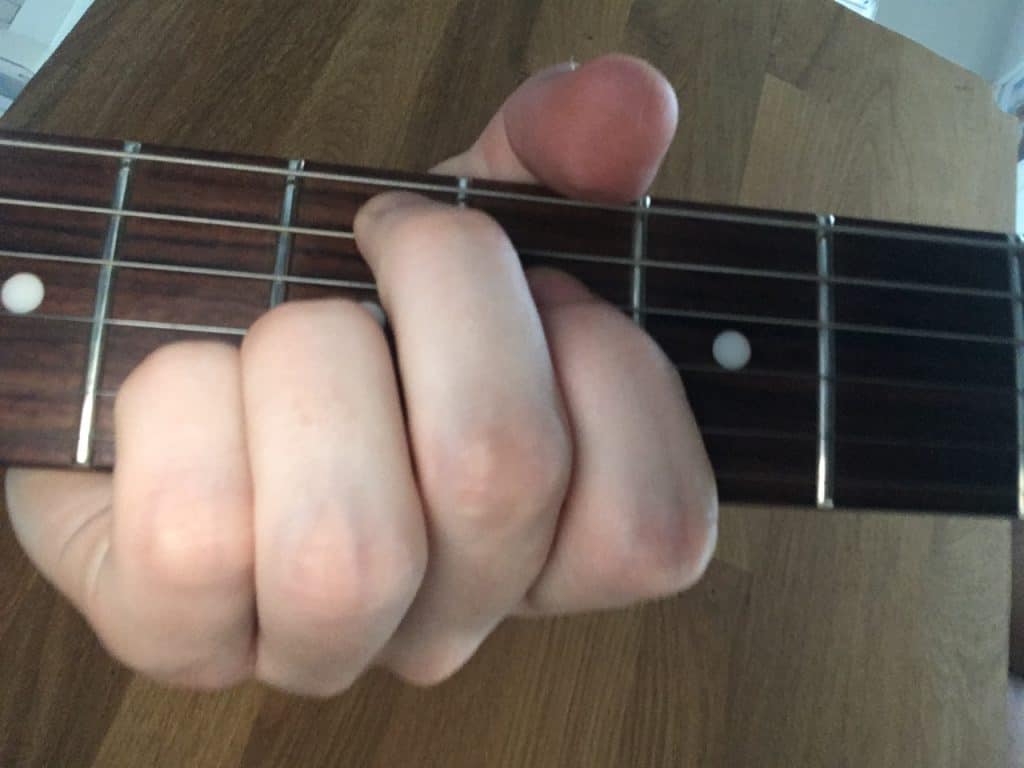 A Few Ways To Play Chords