When it comes to the question of “How long will it take to learn guitar?” it depends on multiple factors. The main thing that determines the answer to that question is you. The speed at which you learn guitar is completely in your hands.

You Have To Want It

Only learn guitar if you really want to for fun, not because you’re trying to impress somebody or you just think it would be cool. Because if you want to play guitar for the wrong reasons, you will burn out very quickly. 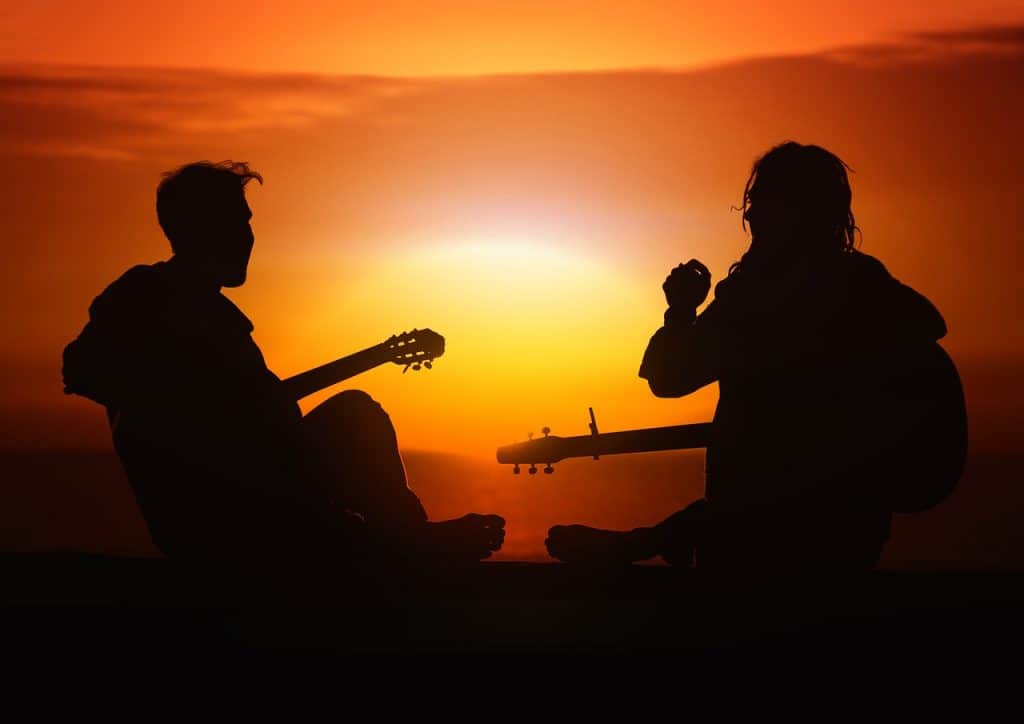 You must want to play guitar for the joy of it

I had a nine-year-old student who had this problem. Right out of the gate, he wanted to learn “the easiest song.” And when that song turned out to be more difficult than he expected, he asked if we could go through an easier song with “easier” chords.

He complained of elbow pain and said he was worried about this affecting his football playing. At one point, he was lying on the couch with his guitar, complaining about how hard this was. There are ways to play chords easier, but I was teaching him the easiest ways I knew how to play them.

Don’t be that student. You have to really want it. I’d be so bold as to say that you don’t even need a guitar teacher if you want it badly enough.

The More You Practice, The Faster You’ll Learn Guitar

When it comes to learning guitar fast, it all comes down to your practice sessions — how many you have, how long each one is, and how efficient they are. 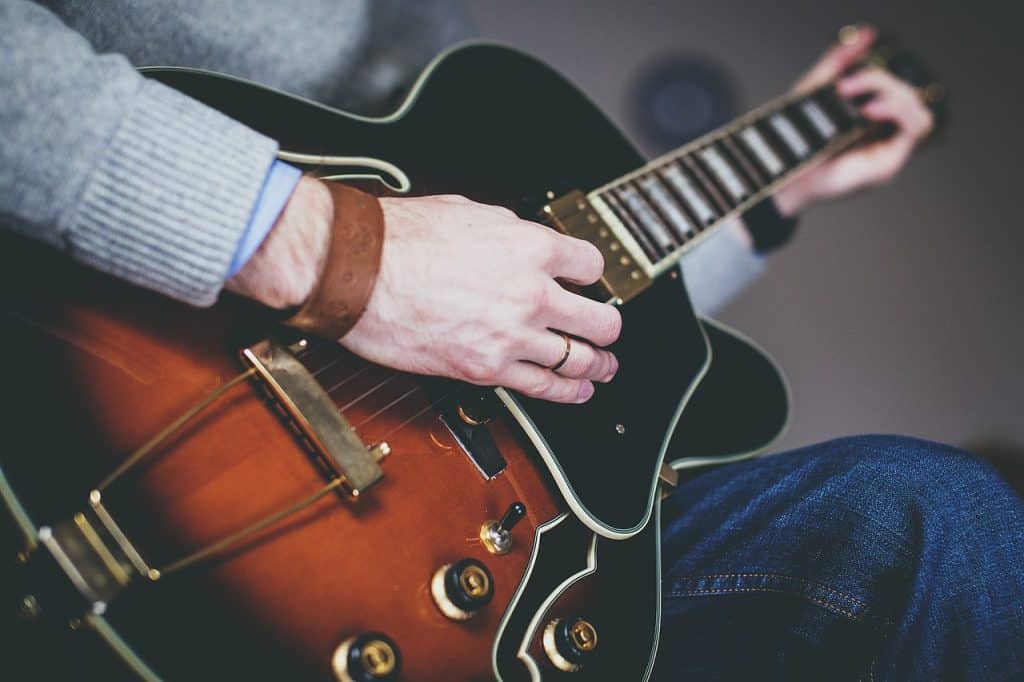 Practice is key when it comes to learning guitar

There’s something called the 10,000-Hour Rule, which was made popular by author Malcolm Gladwell in his book Outliers. He cites a study by Anders Ericsson, drawing the conclusion that you need 10,000 hours of practice at something before you become great at it.

He looks at how The Beatles performed in Germany over 1,200 times before coming to the United States and triggering Beatlemania. John Lennon said they would perform for “hours and hours on end,” each song often lasting “20 minutes and had 20 solos in it” and “that’s what improved the playing.” 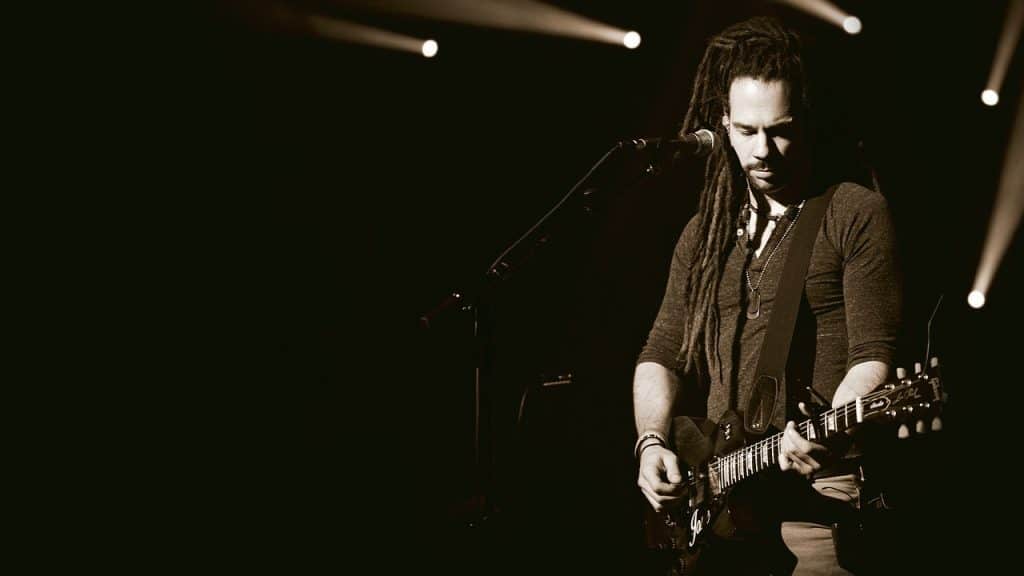 The point here is that if you want to improve at guitar, you must practice. I’d suggest practicing every single day for at least 15 minutes, but if you really love playing the guitar, you’ll find you can’t get enough of it. Your practice sessions may turn into jam sessions that last much longer. 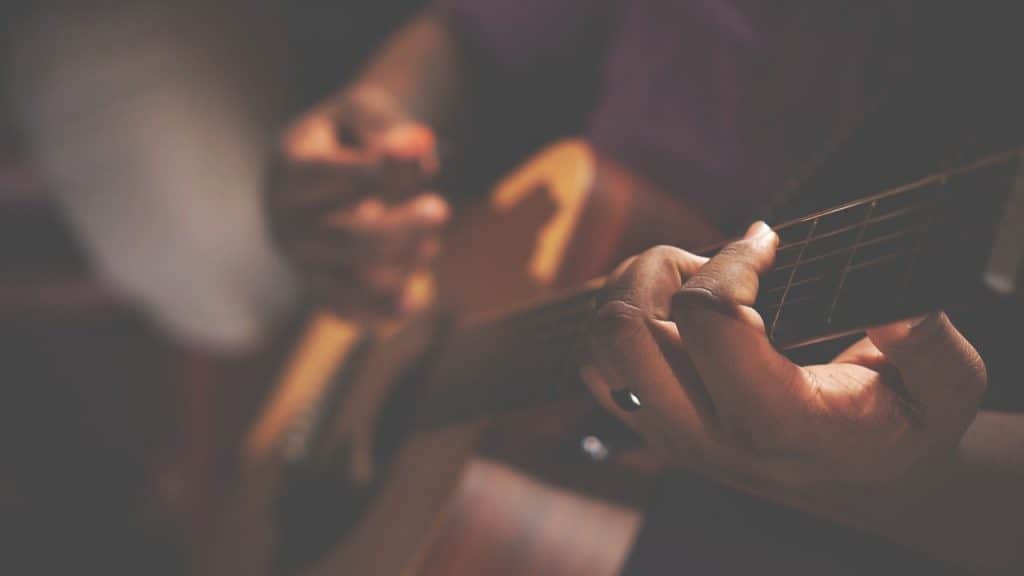 A fellow guitar teacher once told me how he teaches his students and it completely changed how I teach my students. He told me about his process, which I’ll call the Song-By-Song Method, where he has his students pick 10 songs they want to learn. Then this teacher teaches them the songs, one at a time, showing them the basic skills of guitar as they move along.

This is how I would recommend you learn guitar — this is basically how I learned at age 12. Look up the chords to a song you like and play along with it, mimicking the strumming pattern and rhythm.

You can pick a song based on what technique you prefer or if there’s a certain key you like to play in (like two of the most common keys for beginners, E major and G major.

But choosing your favorite songs is a great place to start.

If you feel stuck or you’re not sure where to start, here are some tips for making your practice sessions more efficient:

Slow it down: to learn guitar faster, sometimes you need to slow down. When learning a new song, play it slower than the original tempo. Play it at whatever speed you are comfortable with at whatever stage of learning you’re at.

Use a metronome: once you get to the point where you’re playing a song at normal speed, try incorporating a metronome. It may be annoying, but good rhythm is what separate good guitarists from just-okay guitarists.

Focus on your weaknesses: you won’t get better if only play what you’re good at. If you don’t challenge yourself, you won’t improve. So figure out what part of playing the guitar you’re weakest at and focus on that.

Learn how to tune your guitar: tuning a guitar is a skill every guitarist should have. If you sit down to practice and your guitar is out of tune but you don’t know how to tune it, that will stunt your growth. A good tuner to start with is the Joyo Guitar Tuner that clips onto the head of your guitar and tunes by vibrations.

What To Expect When You Learn Guitar

There are some things that will happen as you learn guitar — some uncomfortable things, but necessary things.

The most well-known side effect of learning the guitar is getting calluses. This is when the tips of your fingers start to develop hardened skin or even minor blisters.

This is a normal and necessary stage of learning to play guitar. The calluses will become part of your fingers and any blisters will go away, as long as you keep practicing. When calluses form, keep pushing and remember that it will get easier.

This is one thing my nine-year-old student complained of. I showed him how he could position his arm and hand to lessen the discomfort, which in his case was to not strangle the neck of the guitar with his hand because it let to his elbow being at a weird angle.

This is something you may experience while you learn guitar, so if you do, it’s nothing to worry about. Try allowing for some space between the palm of your hand and the back of the guitar neck.

The Hump is something many (maybe every) guitarist goes through. This comes after you’ve been learning guitar for a while only to hit a plateau. You get stuck on something — a chord, a rhythm, or maybe even a negative mindset. This is The Hump.

It’s difficult to get over The Hump, but the only way through is persistence. Keep practicing, slow things down until you get it, or (if you haven’t already) try the Song-By-Song Method to make things a little more fun (see above).

This man named Whitson decided to learn guitar, and he had some insightful words to say about this.

“…Once you get past that initial hump, it’ll start feeling a lot less like work and a lot more like time well spent,” he writes.

General Timeline For Learning The Guitar

If you practice consistently and efficiently, here’s a general timeline of what will happen as you learn guitar.

This is when the calluses will start to form. You’ll be able to play basic chords, but it may still be hard to switch between them as quickly as you would like. You’ll know basic strumming patterns and, as long as you’ve practiced enough every day, you should be able to play some easy pop or rock songs slowly.

The calluses should be fading or completely gone by now. You may start to see yourself playing songs that sound more like the original versions, and that’s great! This period of time is marked by rapid growth, at least it will feel a lot faster than the first couple months.

You’ll be learning bar chords, you’ll be able to switch between chords faster, and your strumming should be gettin better as well. You may even feel comfortable using your fingers to pluck the strings instead of always using a pick. Plus, you’ll be able to use hammer-ons and pull-offs effectively. 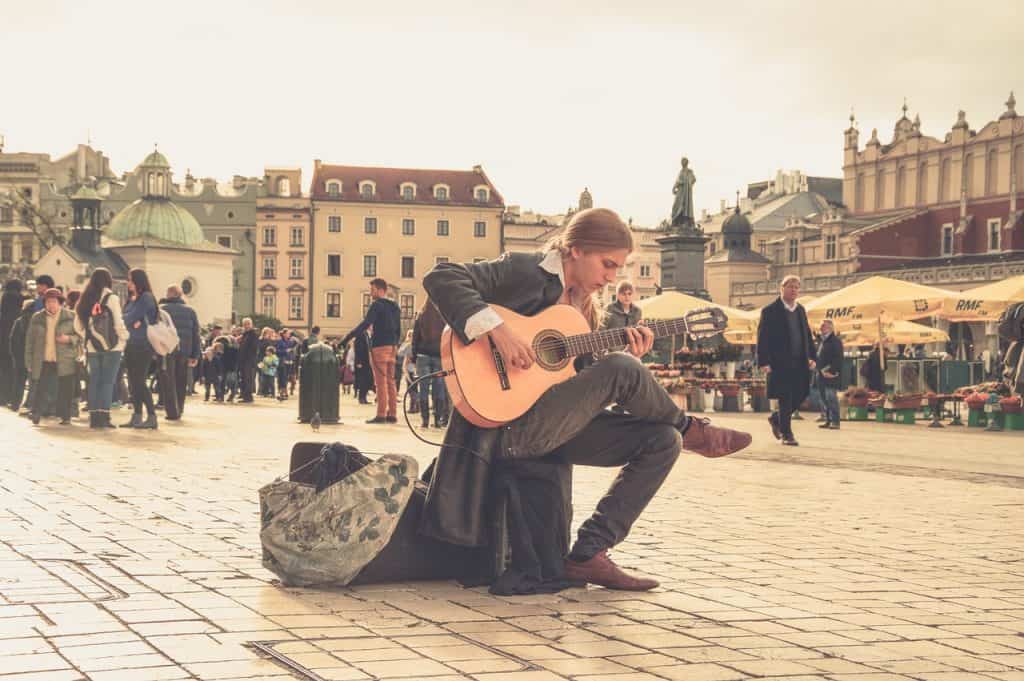 Once you feel confident enough, you can start playing concerts for people

Okay, this is when things may start to slow down a bit. This is when you may experience The Hump.

You’ll be able to switch quickly between chords and bar chords will come easy to you. Whether you’ve chosen to focus on picking with your fingers or with a pick, you’ll get much better at that. Basically, you should be able to play any of your favorite songs, as long as they’re not ridiculously difficult.

During this year-and-a-half stage, keep working on your strumming and rhythm skills. Eventually, you’ll be good enough to start booking gigs. And if you’re interested in songwriting, you have the skills and knowledge to start writing songs.

At this point, if you want to keep improving, you’ll need to practice longer than one hour a day. If you’re really serious about becoming a great guitarist and logging those 10,000 hours, you’ll need to spend a few intentional hours of practice every day.

Yes, you’ll slowly get better the more you play guitar, but without intentional practice, you won’t see exponential improvement. 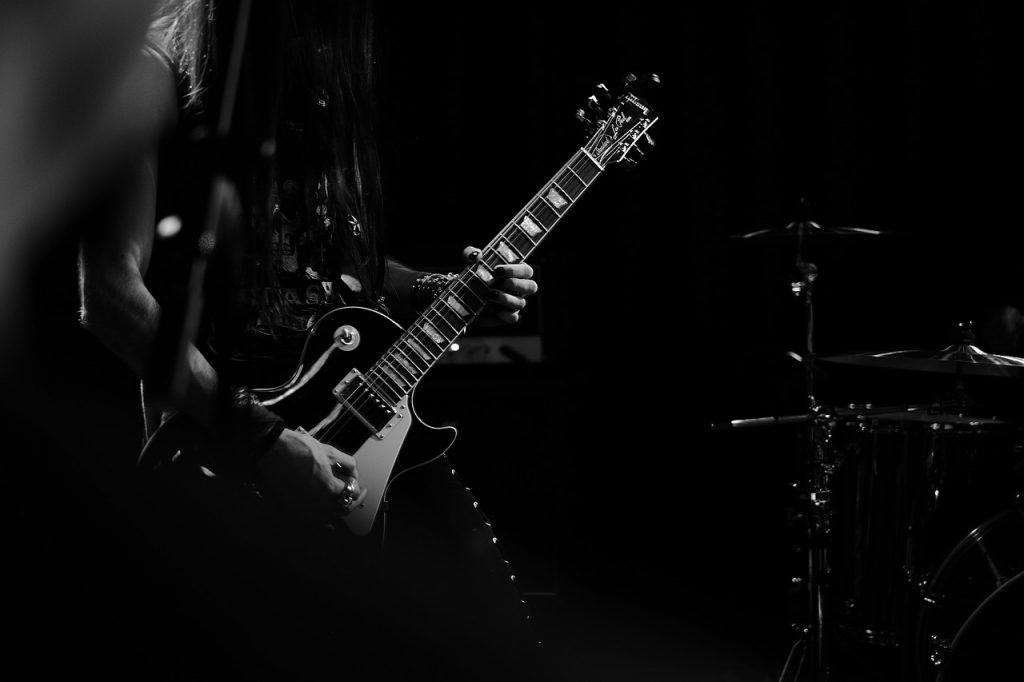 One day, you’ll be an expert guitar player and can play gigs

Anyone Can Learn Guitar

Contrary to what most people think, anyone can play guitar. There aren’t certain people with “the gift” of playing guitar. Whether you’re nine-years-old or 89-years-old, you can learn guitar.