So you’ve perfected the pentatonic scale, mastered the melodic minor, and can blast out blues licks like Hendrix. Hopefully, you’ve got a few tools under your belt. From string-breaking bends to face-melting legato passages, all of these techniques add a huge amount of depth and nuance to your lead playing, beyond simply rehearsing scales, shapes, and single-note phrases.

One technique that’s used commonly by many of the greatest blues, jazz, and rock guitarists is the humble double stop. Double stops are a great way to add a bit of flair to your lead playing, and make for great embellishments when writing both solos and lead passages.

What Are Double Stops?

This technique has somewhat of a misguiding name, as it doesn’t necessarily involve stopping anything at all. Double stops on the guitar are a technique that involves simply playing two notes at the same time. It’s that simple, really. Here’s an example from a riff I was playing around with recently.

You can think of the double stop as a middle ground between single notes and chords, which by definition are made up of three or more notes. You’ve probably heard the term ‘triad’ before, which refers to a simple chord made up of three notes (as well as a Chinese organized crime syndicate). Well, the technical term for double stops is ‘dyad’, which, as you’ve probably figured out, refers to the use of two notes simultaneously.

In tab form, a double stop looks something like this:

Being made up of just two notes, the different types of double stop that you can play on guitar are based on different harmonic intervals in whatever scale you’re playing in.

So, you have double-stop thirds, double stop fourths, and so on. Though you can play double stops on guitar with any harmonic interval, the most commonly used intervals as thirds, fourths, and sixths.

Fifths are extremely common too, though, as you might know, a root/fifth combination on guitar is typically known as a power chord.

The first approach to playing double stops is to use two fingers. Pretty straightforward, just fret each note with one finger, like this: 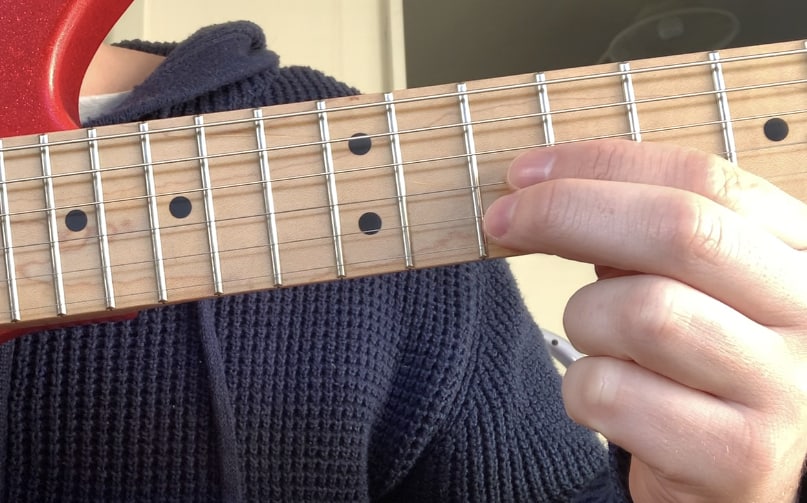 The second approach, which is commonly used for double stop fourths where you’re playing the same fret on both strings, is to bar one finger over both frets, like so: 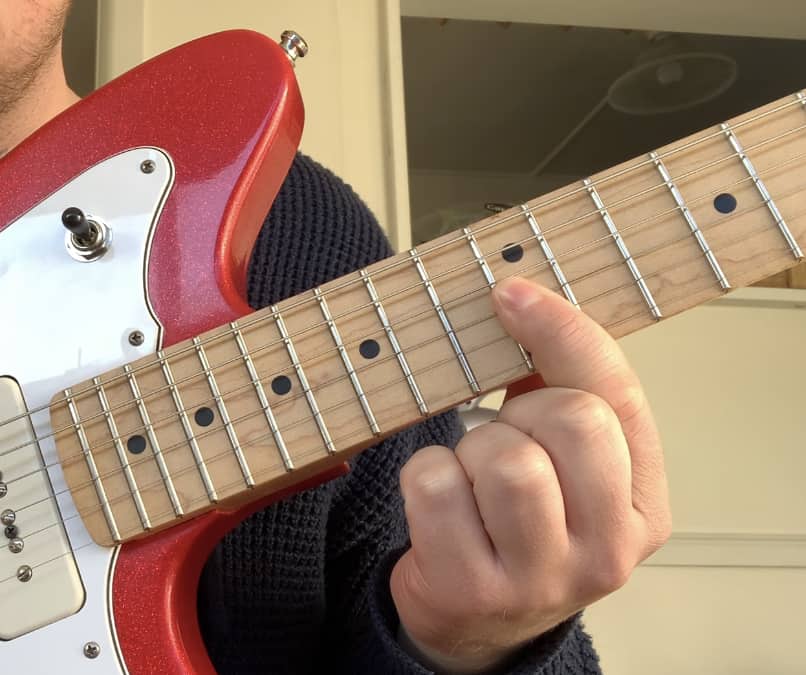 Playing a double stop with the barre technique.

Examples Of Riffs That Use The Double Stop Technique

There are plenty of great examples of riffs and leads where guitar players incorporate a double stop. It’s quite common to use double stops amongst single notes, power chords, and octaves.

Let’s take a look at a few licks that use the different harmonic intervals we just talked about.

The double stop fourth has an iconic bluesy sound to it, and it’s little wonder that the technique is used in several notable blues and rock n roll riffs.

One example of which is the intro lick to Chuck Berry’s Johnny B Goode, which uses a combination of single-note passages and double stop fourths.

The best way to play the double stop parts in this riff is to barre a single finger of both notes. You should use your first finger to hit the notes on the first and second strings, and your second finger for the double stops on the fourth and fifth strings, for the best access to the proceeding notes.

You’ll notice that in this riff, the double stop is integrated with a slide technique, which is a super common approach in blues playing.

In this riff, Knopfler mixes double stop fourths with the classic power chord for an interesting riff that is packed with harmonic diversity. This is a technique that is incredibly easy to adopt into your own lead playing and writing.

Sixths are a really interesting interval to use for the double stop, and they are often used in jazz lead playing, such as in this video.

Jammin’ on the Sixth Double-Stop.

Double stop sixths don’t just belong to the jazz crew though, they are actually super versatile.

I use them quite regularly in my playing, and even manage to incorporate double stop sixths into my leads when writing from my hardcore band Take Hold.

This excerpt from Overboard primarily uses double stops on the sixth interval, incorporating some other intervals (7th, octave) for a bit of variation.

Perhaps the most iconic and widely used interval for guitar harmonies is the third. Used heavily by Iron Maiden, thirds have a super emotional and harmonic quality to them, and they make for a fantastic choice of interval when using the double stop.

A great example of double stop thirds in action is the intro lick to Van Morrison’s Brown Eyed Girl:

Now that you’ve got your head around the double stop technique, you’re probably realizing just how easy it is to incorporate into your lead playing.

Whether you’re creating melodic lead passages or blasting out a full-on solo, double stops are a simple yet creative way to add a little flair to your playing. The fourth interval makes things even easier, as most of the time all you need to do is simple barre over the next string up, and you’ve got a nice bluesy double stop fourth!

If you’re keen to further your knowledge and really dive deep into double stops, Mel Bay’s “The Double-Stop Guide: A Whole Music Approach for Guitar” is a brilliant resource. 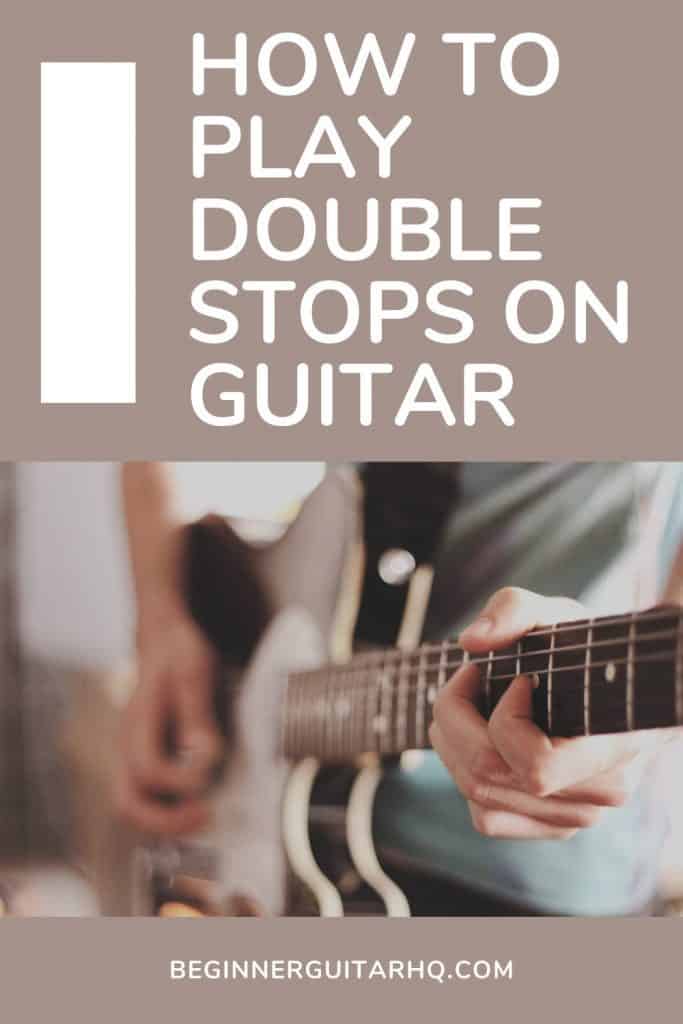