Your acoustic guitar may sound great in a room, especially if it’s one of the best. But the question is how to get that same sound in a recording. That’s the job of a microphone — to record your guitar in a way that accurately translates the sound into your song.

For that reason, we’ve compiled a list of the seven best microphones for recording acoustic guitar.

The Different Types Of Microphones

Before we dive into the top microphones for acoustic guitar, we need to first cover some basic definitions. What’s you understand these, you’ll be able to understand why certain mics may be better than others.

The difference between a condenser mic and a dynamic mic is in how it captures sound and makes it an electrical signal. We won’t get into the technicalities here, but there are some things you should know about each.

Because of the way they’re built, dynamic microphones can withstand tougher environments, so they’re perfect for live performances. An example of a great dynamic mic is the Shure SM58.

Condenser microphones, which are the only kind of mic on our list, are a bit more fragile, so they’re best for controlled environments like the recording studio or a concert hall. They typically capture a more accurate and high-quality sound.

What Are The Different Pickup Patterns?

A pickup pattern is the direction from which the mic captures audio. The three patterns mentioned in this post are omnidirectional, cardioid, and figure 8.

An omnidirectional pickup pattern will capture audio from all sides of the mic. These work well as a room mic in addition to a mic pointing directly at your guitar.

A figure 8 pickup pattern (also called a bidirectional pattern) will capture audio from the front and back of the mic equally.

And a cardioid pickup pattern, the most common when recording acoustic guitar, pickup audio primarily from the front, but will also capture some audio from behind.

What Is Phantom Power?

When a mic requires phantom power, that means it needs an external power supply. Most audio interfaces come with the option to turn phantom power on and off, depending on the mic you’re using.

We won’t go into too much detail here, but here are some fast and quick tips to get you started on recording acoustic guitar:

How We Chose These Microphones

Using a combination of deep research and hands-on experience, we chose what we believe to be the best microphones for recording acoustic guitar. We factored in performance, affordability, pickup patterns, and any unique features the mic has.

The best balance between affordability and quality goes to the AKG Perception 170 small-diaphragm condenser microphone.

The frequency response of the AKG P170 is relatively flat, meaning it delivers a true recording of your acoustic guitar. It does have an airy top end, but it’s not too harsh or tinny. Along with that, it has a solid low end, so you get a nice wide spectrum of frequencies with this thing.

It also has a -20dB pad to lessen the sensitivity of the input, keeping loud signals from overpowering the mic.

And you get all of this for a very reasonable price.

If you’re looking for the best microphones that do well specifically on acoustic guitar, these are the top picks. 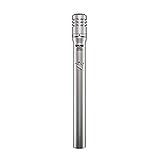 Shure is one of the most trusted names in the recording world (you’ll see a few Shure mics on this list). And the Shure SM81 is a mic that captures a sound that’s truest to the acoustic guitar — it doesn’t color the recording or accentuate any particular frequency. You may not think the sound is “beautiful,” but its flat response is good because you’ll have more control during the EQing process.

It also has a -10dB switch, which will roll off a bit of loudness, which can happen when playing with a pick. There’s also a switch for rolling off some low-end rumblings, keeping the recording as un-muddy as possible.

In its price range, the Rode NT2A is one of the best mics for acoustic guitar. Not only is it easy to use, but it also gives you clear and detailed recordings. The really cool thing about the NT2A is that you can switch between polar patterns: omnidirectional, cardioid, and figure 8. And Rode is another one of those brands that has proven its reliability.

One thing to note is the mic’s heaviness, so make sure the mic stand is properly balanced before recording. 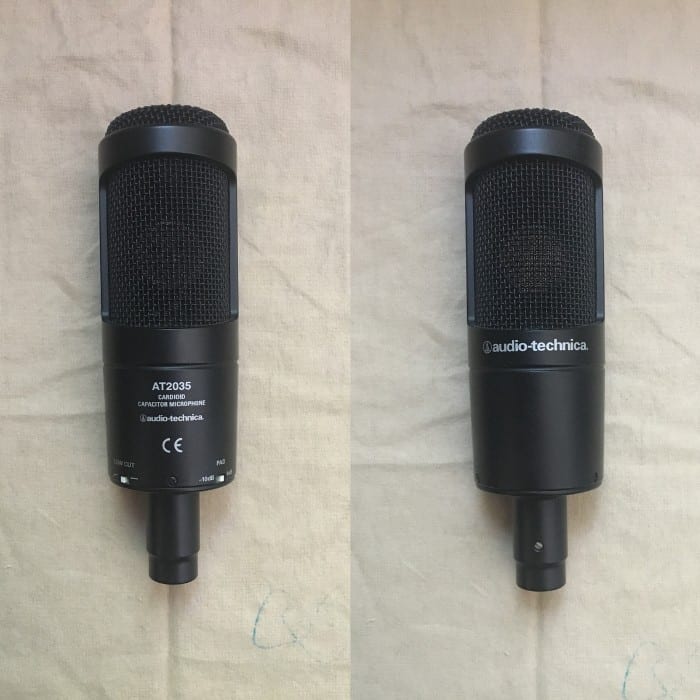 Audio-Technica makes some of the best budget-friendly microphones, and with the AT2035, you get a pro-level mic for a fraction of the cost. Even though it’s a sensitive mic, it has very little background noise. It will give you a warm and somewhat compressed sound in the mid-range and a smooth high-end — perfect for acoustic guitar.

It has a -10dB pad and an 80Hz high‑pass filter to roll off low rumblings.

The KSM141 is reminiscent of the Shure SM57, which is in most professional recording studios. The KSM141 gives you a drier sound because of its flatter midrange. The big downside is that the high end and low end are a bit too rolled off, so it doesn’t offer a wide range of frequencies.

But the KSM141 does do well on acoustic guitars (or else it wouldn’t be on this list). If your guitar has a naturally bright side, this mic can help tame some of that harshness that often comes with brightness.

Neumann, yet another proven name when it comes to mics, has produced a top-of-the-line piece of equipment in the KM184. Just as a heads-up, it’s pretty expensive — more than most home producers can afford. But you pay extra for the extra quality. It’s a cardioid mic that does a great job of rejecting reflected sound coming from behind it, and it’s all-around built for studio use. There’s also a small treble lift around 9 kHz, giving it a fresh and precise sound.

The Shure KSM44A is another mic that’s pricey yet worth every penny. It’s got super low self-noise, thanks to Shure’s special diaphragms. You can switch on the -15dB pad and/or the high-pass filter for a more exact sound. Plus, you can choose between a cardioid, omnidirectional, or figure 8 recording pattern.

Hope this guide was helpful! 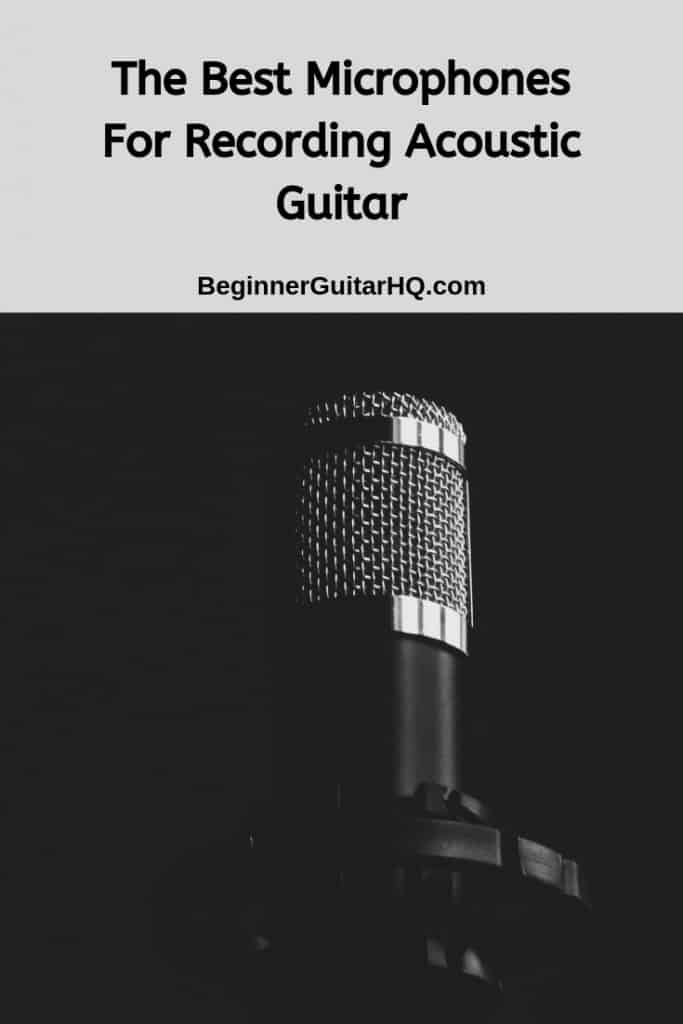