Today, we’re reviewing the MXL V67g condenser microphone. At first glance, the V67g is fancy-looking, even gorgeous. And yet, the price tag doesn’t seem right. Is it too good to be true?

The Marshall Electronics’ subsidiary continues its dominance in the mid-level segment of audio devices. Although their products are affordable, we can consider MXL offerings to reach professional standards.

We’re here to see if the green & gold large 67g lives to Marshall standards. Our job is to find out what its sub-$100 price point offers, and why should you go for this instead of a USB microphone. 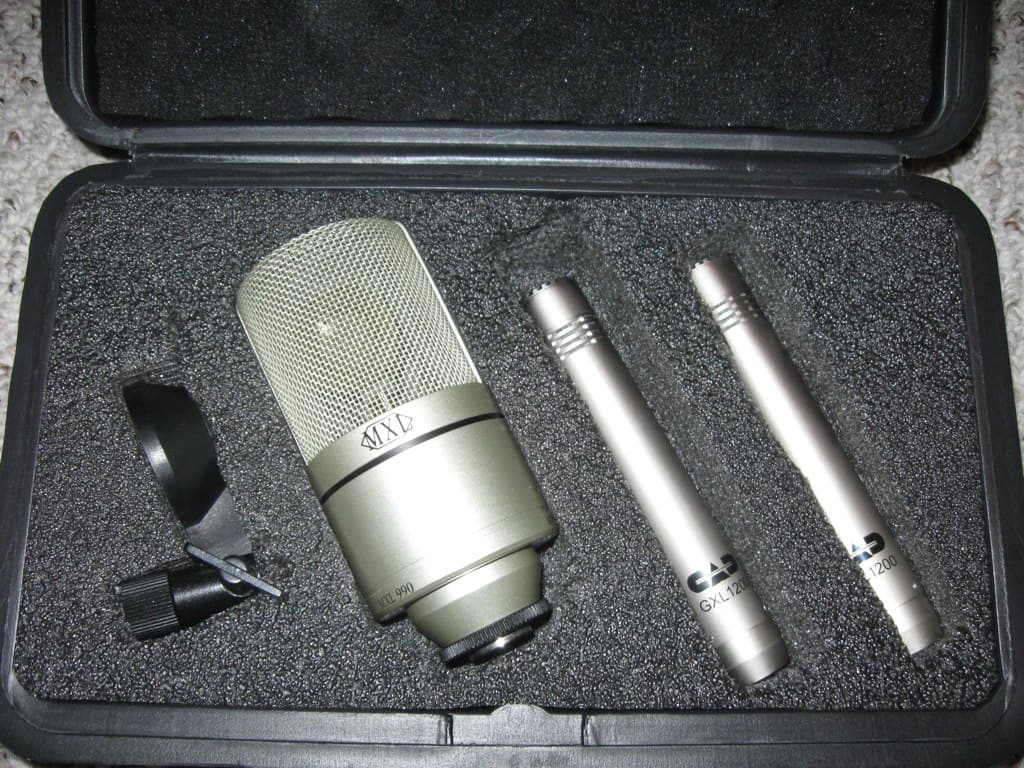 We-ve reviewed other MXL microphones before, a couple of models that impressed us because of the amount of quality they introduce for a budget.

One of the two is the MXL 990, an affordable condenser microphone for the studio.

The other is the MXL 770, a similar option that comes with a simpler body for simple applications.

If you’re unsure between the different types of microphones, here’s a guide detailing condenser, dynamic, ribbon, and other categories.

When it comes to affordability, MXL is at the top of the market. If you-re looking for reliable gear on a budget, the MXL V67G is a stellar option.

You need to know the V67G is the cheapest model of the V67 microphone series. Either way, it-s a well-made condenser microphone and a viable tool for your record studio.

Particularly, the device stands for its chassis. It comes in an elegant gold/plated grille plus a royal green metal finish. Within, there-s a 1.26’’ pressure gradient capsule.

As for recording quality, it offers a 30Hz-20kHz frequency response with a certain richness at the mid-frequency sounds, which is where the voices live.

Overall, the V67g is a popular model for home recording, although it offers enough quality for more serious studio scenarios.

Here’s a bundle that comes with a stand, a pop filter, and a travel bag:

First of all, the frequency response of the mic is rather good. It works between 30Hz to 20kHz, which means it can capture the human voice easily plus other instruments. Acoustic guitars, electric guitar cabinets, resonators, mandolins, and other stringed instruments come to mind.,

The sound comes from its large 1.26’’ condenser capsule. As a pressure gradient large diaphragm, it delivers a bigger and richer output than small-diaphragm counterparts.

As a result, it delivers a rich sound at the midrange, which means it makes the voices pop and sound clearer and more harmonious. That’s why it’s good for voices, but also guitars and, to a minor degree, drums.

Bear in mind its 30Hz minimum frequency response doesn’t cover the low-end of a bass guitar, a drum kick, or similar instruments.

Other than that, this condenser microphone has a 130 dB SPL handling. That means it can capture sounds as loud as 130 dB, which is plenty for most applications.

Also, the MXL V67g comes with a Class-A FET circuitry plus a transformer-coupled output. That adds warmth and fullness to the vocals as well.

So, overall, the voices come out with plenty of detail and a minimum noise floor. Plus, the mic’s warmth gives an extra layer to the tone of acoustic guitars, guitar amplifiers, keyboards, and similar.

I should continue the sound quality section with the mic’s isolation feature. Its custom circuitry isolates the voices to avoid interferences from other instruments, headphones, cables, or noises. It also rejects noise from behind the mic, as it has a cardioid pickup pattern.

The result is an impressive level of detail and fidelity. That’s also because of its large diaphragm, capable of catching extra detail but losing some accuracy at the same time.

Although aesthetics is not a crucial criterion for microphones, a good-looking model is always welcomed.

In that regard, the MXL v67g looks great. Placing it in your humble studio will make it look fancier.

The model comes with a green metallic chassis, a gold grille for a retro feel. The MXL logo is printed at the bottom of the body, in gold as well. All in all, it looks striking, and you could easily mistake it for an expensive ribbon microphone. 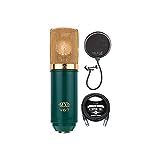 The main application of the MXL V67g is recording vocals. It excels at the task and performs well above its price point.

The mic shares a lot of features with the iconic Neumann U87. Although both are different in terms of aesthetics and design, both present very similar specs.

For example, both microphones have a 32mm capsule with a high 20kHz frequency pick. Additionally, both feature a built-in EQ circuit (the FET circuitry on the V67g), a feature that attenuates the highs to deliver a warmer sound at the mids.

Particularly, you can use its circuitry to thicken high-pitched voices, like for example a female singer.

It’s also worth noting that most mics at this price point have a certain harshness when picking up high frequencies. However, the V67g avoids this issue entirely.

The V67g is the cheapest mic of the MXL V67 line, and it’s also the most popular. The rest of the series includes the V67I and the V67N, both offering similar designs with better quality and higher price points.

Even though the components are better on those mics, the difference in terms of sound quality is negligible. Overall, the V67g offers a warm and rich sound, very similar to what the rest of the range offer.

If you’re looking for a budget mic, the higher price range of the rest of the series is not worth it. In terms of real differences between the three models, there aren’t many. MXL renamed the V67 when the V67g premiered to avoid confusion.

If you’re looking for a fair option at a similar price, then I recommend the Audio Technica AT2020.

Audio Technica AT2020
Buy on Amazon

The AT2020 is more versatile with other instruments, and it’s capable of recording bass guitars as well. On the contrary, the V67g emphasizes the mid-frequency for warmer voices.

In that regard, we also reviewed the Audio Technica AT2035 is the best microphone to record acoustic guitar

Although the SPL is enough to record drums, the mic won’t catch the details of a drum kick, tombs, or similar. It also doesn’t offer enough accuracy for the toms, snare, or cymbals, meaning high-paced sounds might get lost.

You could still use the V67g as a drum overhead by using the MXL V67g as a room mic to add a nice shine to the drum mics.

Otherwise, I recommend other devices for drum records. The trusty Shure SM57 is one of the best for the job, and it doesn’t cost much. Also, the SM57 can record almost anything. 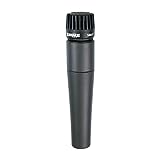 Another downside I see on the MXL V67g is the lack of a shock mean. If the mic nudges on the stand, the volume of the records will spike, and thus your work will be ruined.

Hence, you should always use a shock mount, and you need to buy it separately, whereas most budget mics come with a shock mount (even other MXL models like the MXL 770). 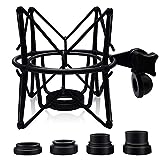 The mic comes with a 10 feet balanced XLR cable plus a pop filter. A pop filter

Blocks the user´s air and disperses remaining air pressure. That eliminates plosive sounds like “b,” “p”,” and “g.”

A quick word on XLR microphones

That’s because both condenser and dynamic microphones come with an XLR connection, which means only a dedicated audio device can read them.

That said, devices like an interface offer extra assets to the regular home studio. For starters, they bring ports for both mics and instruments, allowing the user to record, for example, guitar and voice at the same time.

Secondly, they may bring two or more mic ports, and so there can be two users at the same time with one microphone each. That’s the way to create a proper podcast setup, for example.

And third, interfaces bring a dedicated audio chiplet, so it liberates resources from the computer. Interface audio chips are commonly vastly superior to what computers pack. Although the audio chip on a regular motherboard is generally okay for playback, recording voices and music might benefit from higher bit rates and frequency rates.

The interface I recommend is the Behringer U-Phoria. It brings superb preamps and delivers its features on a very simple enclosure.

On the contrary, USB microphones plug into any computer via USB. They are plug & play options with varying degrees of quality. Also, they bring their audio processor to record the audio.

If you’re on a budget, I recommend the Fifine K699:

The Blue Yeti X is a top-tier option if you want to save yourself the hassle of buying an interface. However, with the existence of affordable interfaces, going for a quality USB mic no longer saves you any money.

There’s another advantage regarding USB mics. These come ready to plug, which also means they have their own legs or stand so you can put them on your desk. On the contrary, XLR mics need an extra stand, so consider that as part of the investment.

Lastly, 3.5mm microphones would be the worst option, as they use the computer’s chip to record and process the audio.

Either way, here’s a video comparing USB to XLR microphones. Use headphones and see for yourself if the extra investment is worth it.

MXL mics are always good choices on the sub-100 price mark. The V67g is a perfect example of what the brand offers on a budget. Its quality and price makes it hard to go for similarly priced USB mics and m even harder to go for expensive condenser microphones.

It does have limits, but, then again, every microphone has limits and applications.

Even so, I must say the detail and crips aren’t as good as a Neumann mic. The U87 model will sound better, but, for a fraction of the price, the V67g gets close enough.

Are you building your own studio for video production, music, podcast, streams, or similar? Then invest in a long-lasting microphone like the V67g. You won’t regret it. 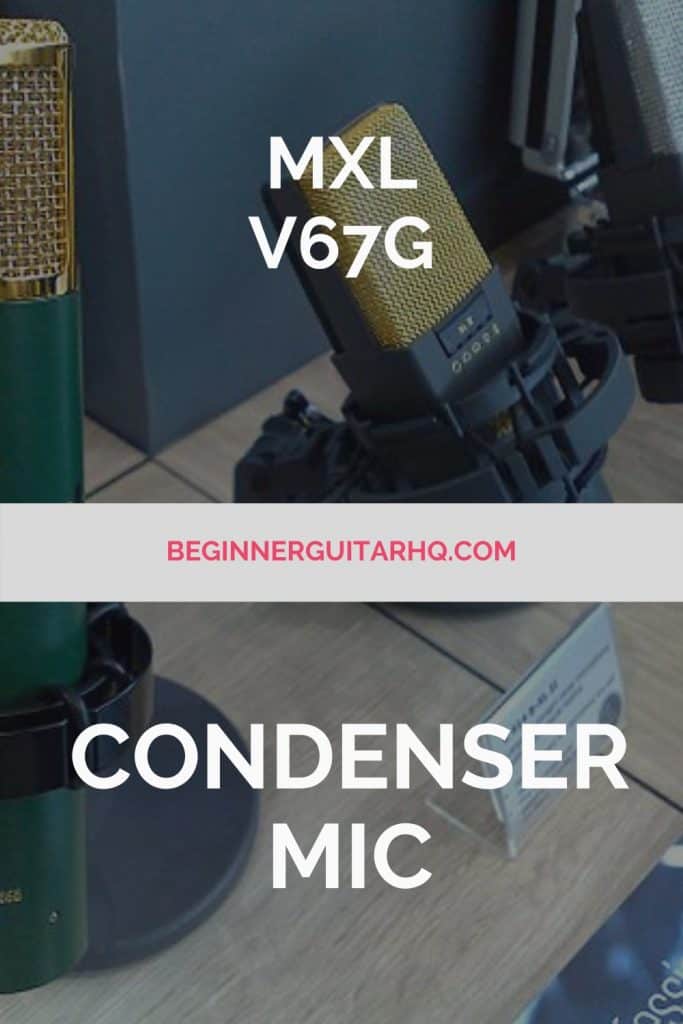