Christmas is a time for celebration and fun. Over the years, many Christmas songs have topped the charts. In this lesson we are going to look at some easy to play Christmas Songs. We will be looking at a combination of traditional melodies, beginner guitar arrangements, Christmas rock songs and pop melodies.

All the easy Christmas songs featured in this lesson are fun to play and will certainly bring a smile to the room this Christmas. Some of these beginner Christmas songs have complex sections which require a little extra work but as with everything difficult, repeating slowly will help you get to grips.

We Wish You A Merry Christmas

This fingerstyle arrangement of the Merry Christmas guitar sing along, along with Jingle Bells, is perfect for anyone who is starting to get into finger style playing. It is based around a few simple chord shapes that most players will instantly recognise and the picking pattern does not get too complicated. This will work fantastically well on any guitar from a nylon string to an electric guitar.

This piece is in  a 3 / 4 time signature which means you have three beats per bar instead of the usual 4 that you might be more accustomed to. The whole piece alternates between a bass line and a melody. The notes that appear on the G, B and E strings are your melody line for the Christmas song. You could easily play the track with just these note, losing the bass notes, if you wanted to play this as a single note melody. 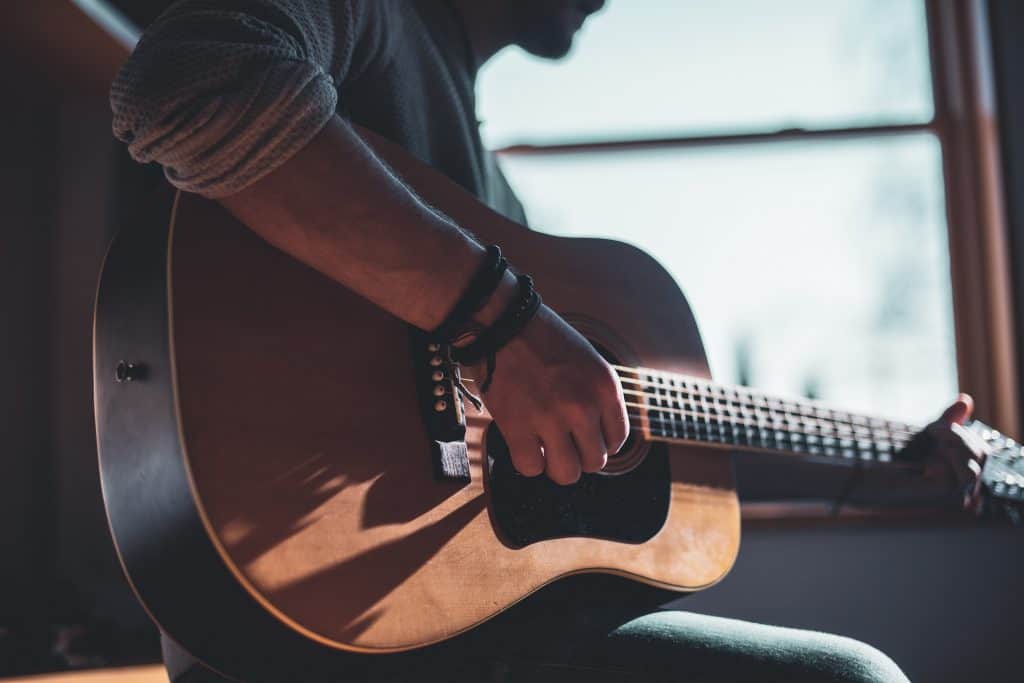 Last Christmas was released in 1984 by the English pop duo Wham. Over the years the Christmas song has become a mainstay at Christmas parties and singalongs with everyone knowing the words for this one.

In this tab, we have the vocal melody for the chorus which is guaranteed to get the room singing along at any Christmas party. This is a great tab to learn for anyone who is trying to improve their movement at the top end of the fretboard and is looking for a simple melody to play with that goal in mind.

The notes here loosely fit into the E Minor Pentatonic scale with a few notes coming from the Natural Minor Scale. The chords to accompany this melody would be D, Bm, Em and A, each played for 2 bars.

Here we have a chordal based arrangement of the classic Christmas song, Rudolph the Red Nosed Reindeer. This type of arrangement is typically seen in jazz playing as you are alternating between a chordal accompaniment and a lead line.

The first bar is based around a C Major triad on the D, G and B strings with the little finger alternating on and off the 10th fret of the B string to create the melody line. 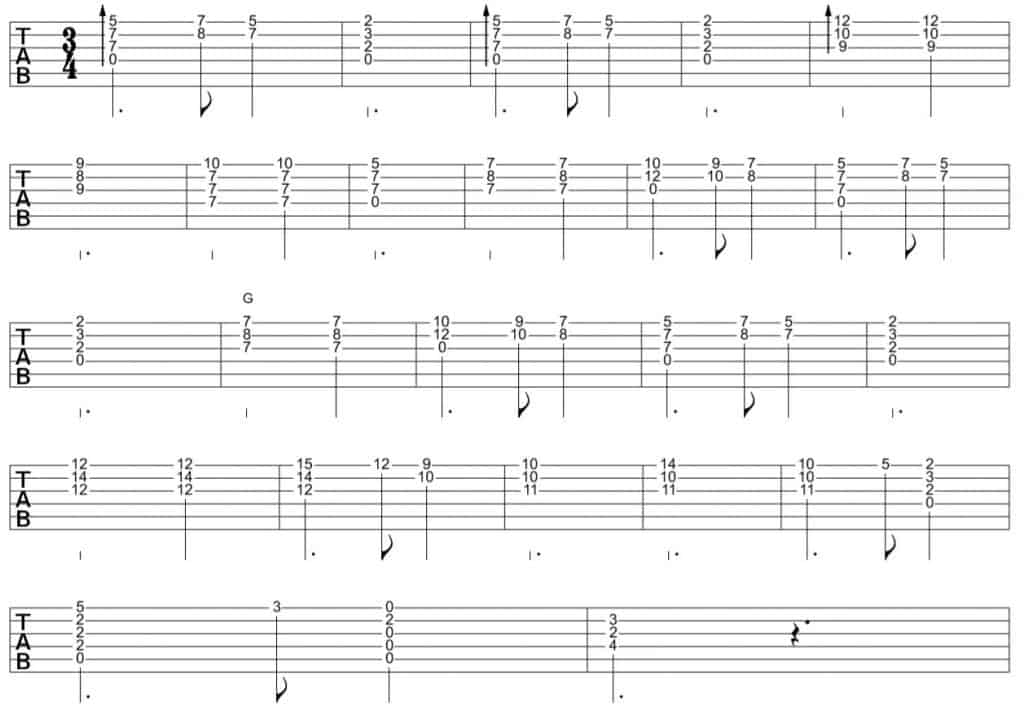 Silent Night is probably one of the most well known Christmas carols and dates back to 1818 when it was composed by Franz Xaver Gruber to fit a set of lyrics written by Joseph Mohr.

Here we have a guitar chordal arrangement with a slightly jazzy feel. It’s fairly easy to play as the chords imply the melody all the way through so you don’t have to separate your brain to work out the melody and a separate accompaniment for this one.

The main thing to keep watch on is the chord changes in the Christmas songs. Spend some time familiarizing yourself with the shapes that you’ll be using here so you can smoothly move from one to another.

While the subject matter of this song is actually about war, Jona Lewie’s song from 1980 has become known as a Christmas song. The song was never intended as a Christmas track, it was just released in December of 1980.

The song was actually intended as an anti-war protest song with the famous line “Wish I was at Home for Christmas” simply being the wish of a soldier at war in a land far away.

Here we have the vocal melody from the chorus played as a single guitar line. This is quite a simple melody, each bar is made up of straight quarter notes with an eighth note covering the third beat of each bar.

The fourth and eighth bars are made up of two quarter notes and a single half note. The only other major rhythmic change is across bar 11 when the first two beats are straight eighth notes before a dotted quarter note and an eighth note leading into the final bar. 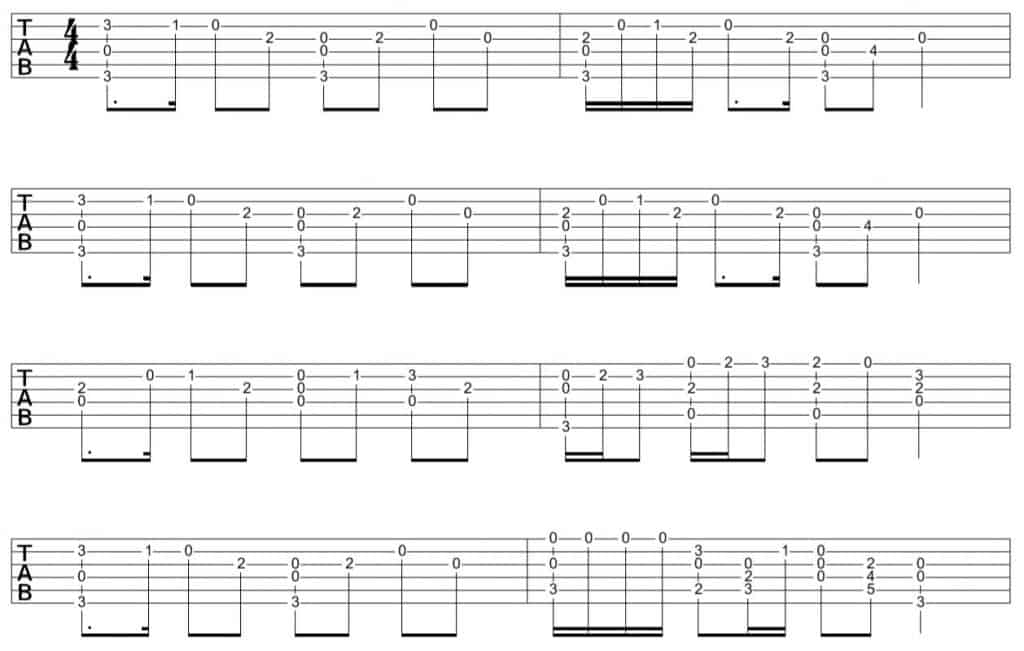 This fingerstyle arrangement is quite a tricky one. We’ve got some string skipping chords and some faster melody bursts. The majority of this piece is played as eighth notes with some of the beats containing a dotted eighth and sixteenth note over the same length.

In every bar, the chord parts hit on the first and third beats with the melody crossing over the second and fourth beats.

There are a few parts to the overall arrangement worth keeping note of such as the start of the fourth bar where the first beat contains 4 sixteenth notes over the beat, starting with a chord and then a three note melody. You should also pay extra attention on the final bar, the first beat is made up of four sixteenth notes before doing into a beat with an eighth note and a pair of sixteenths. This change in rhythm can throw players who are newer to fingerstyle. 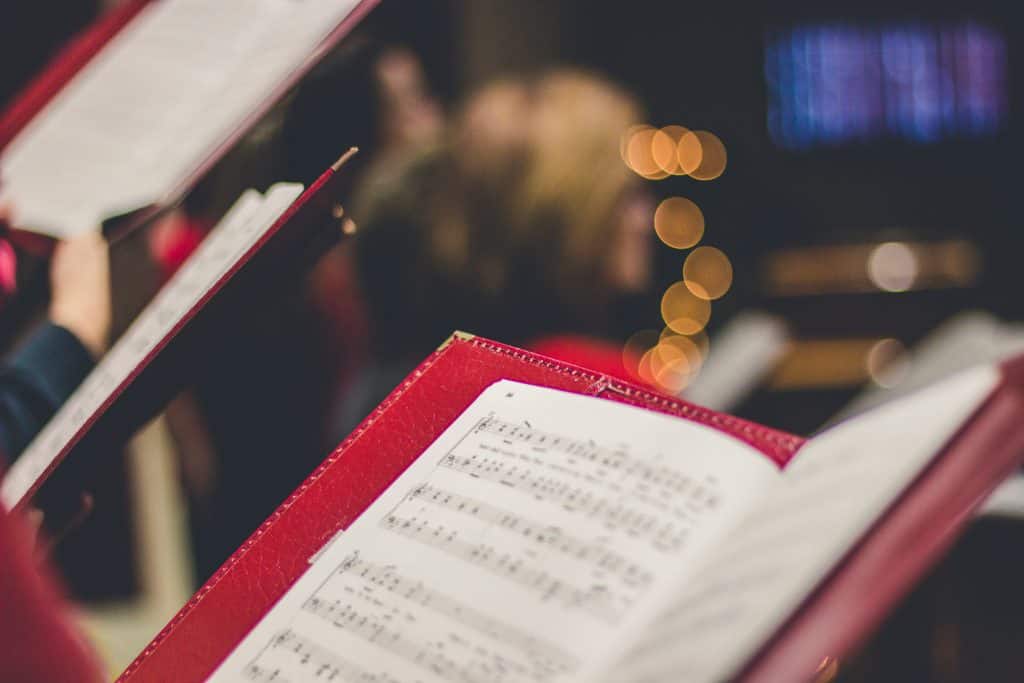 Many traditional Christmas songs, even those that are mostly vocal melodies, can be arranged for guitar either as a single note melody line, or a fingerstyle arrangement. These are great for getting the family singing along in the holiday season.

Have Yourself a Merry Little Christmas

This arrangement has a jazzy feel and sound great with just one guitar playing it. This has some very difficult chord changes in but due to it’s jazzy nature, you can really get away with playing this one a little slower and with some swing.

Some of the chord changes are tricky, especially the chord that starts off the second bar as you’ll be reaching across multiple strings and it will require a good finger stretch to reach the chord cleanly.

This song has a moving melody that accompanies the chords. If you want to play this as just a melody, follow just the highest notes of each chord. 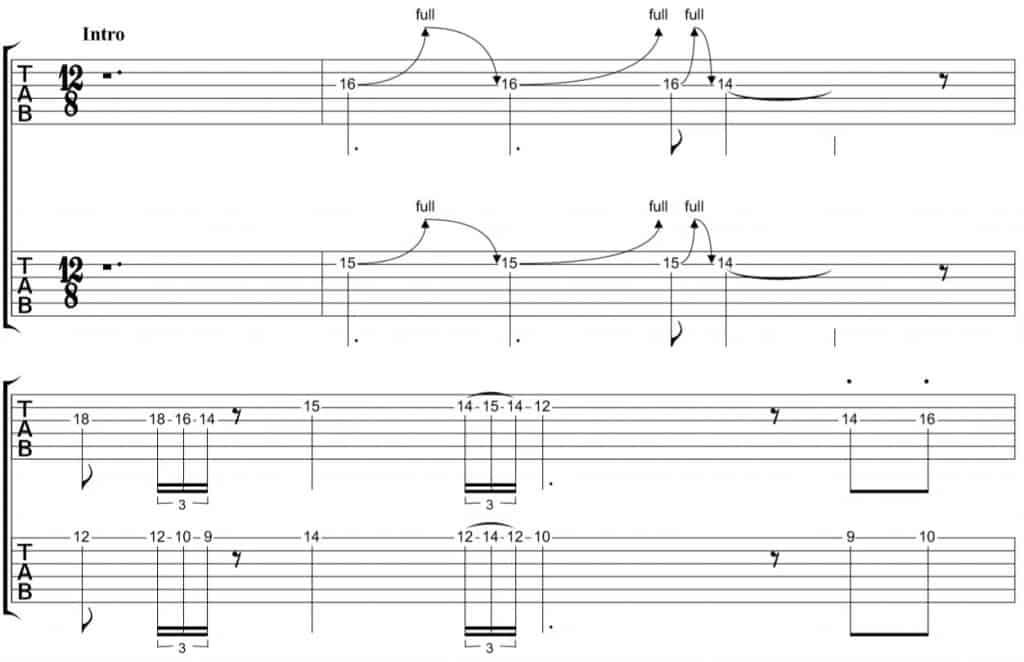 Grab a friend for  this one and plug your guitar into your loudest amp, it’s time to rock! This rock and roll easy Christmas hit from The Darkness is bursting with fantastic riffs and licks, this is the guitar harmony section from the start of the song. The top line is guitar one, and the bottom line is guitar two.

This is full of string bending so you’ll need to make sure your pitching is spot on with your bending, especially when playing in harmony with a second guitar, if your string bends are sharp or flat, the notes won’t lock in correctly.

This lead line isn’t too difficult to play but it does have a few moments where speedy flurries of notes could add some difficulty. Especially the speedy flurry of notes after the initial opening bar with lots of string bends.

Now that you have mastered these easy Christmas songs for guitar, you are now ready for Christmas! 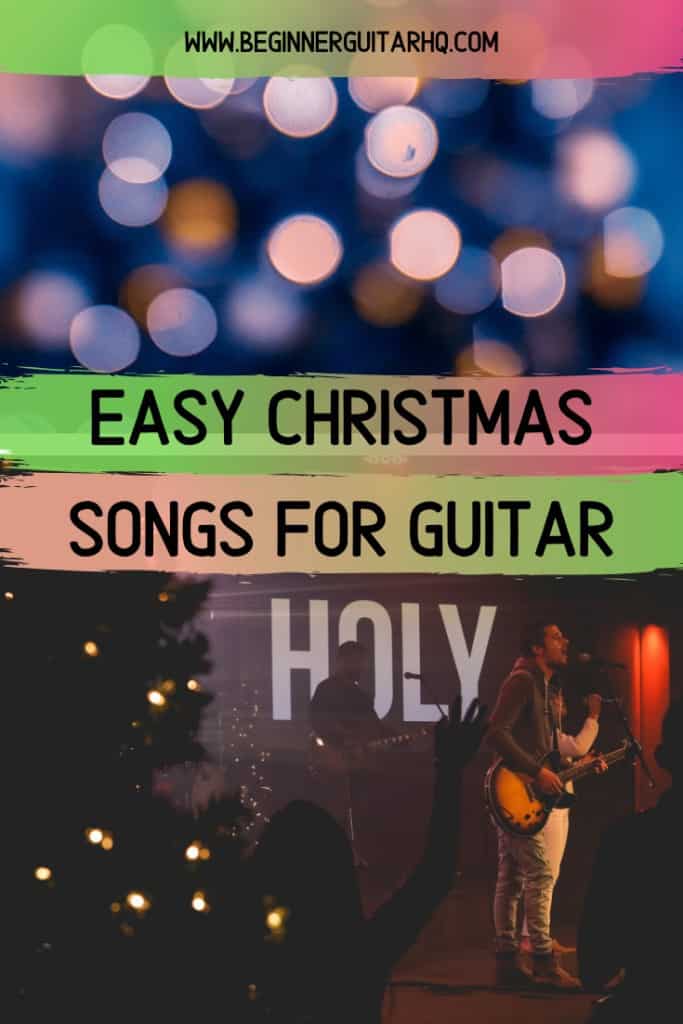