In the realm of guitar, there are certain players that rise through the charts to become iconic in their own right, these “Guitar Gods” are cause for much fascianation and imitation alike. Perhaps one of, if not the, most iconic Guitar God of all time is the guitarist for the band Led Zeppelin, Jimmy Page.

(Here is the Rock God himself in full glory)

Jimmy Page has had a long and diverse career in music, one that spans decades. From his studio work as a younger man, to his role in the super group Yardbirds and all the way up to his iconic membership of the epitome of classic rock, Led Zeppelin. Jimmy Page’s guitar tone is one of the most stellar examples of classic hard rock guitar tone, but because of the mystery surrounding his rig, it can oftentimes be difficult to play and sound like the man himself.

One can be intimidated when looking at the price tag of the various vintage Marshall Plexi, Les Paul Customs and Supro Tube amps, but it is my belief that though the versatility of modern gear, one can not only imitate but emulate the classic tone of Jimmy Page. Below you will find a guide to just that, recreate the classic tone without the vintage gear or the vintage price tag. 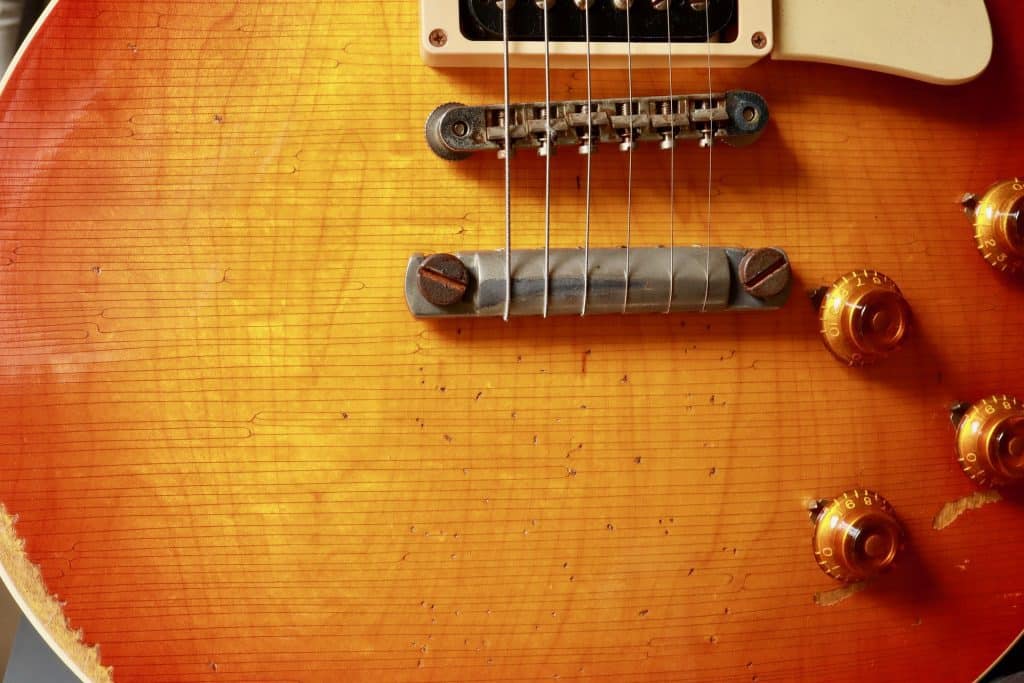 Come across any photo of Jimmy Page performing and you are likely to find that he has his signature Gibson Les Paul slung low over his shoulder. And while the Les Paul is a key part in understanding how to play like Jimmy Page, it is important to highlight the other key aspects of his sound. In his earlier days before he acquired his iconic Les Paul, Jimmy Page wrote the entirety of the first Led Zeppelin album, and many tracks on subsequent albums, with a Fender Telecaster.

While there are plenty of other guitars that Jimmy Page used frequently, such as his Danelectro and his double necked SG, the majority of Led Zeppelin’s guitar catalogue can be recreated accurately with just a Les Paul and a Telecaster. 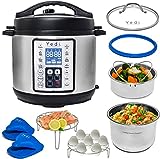 The Telecaster was also used for recording most of the solos on Led Zeppelin albums. In fact, perhaps the most iconic guitar solo of all time was recorded on a Telecaster, Stairway To Heaven. So it is clear, when learning how to sound like Jimmy Page a Telecaster must be added to a musicians arsenal. 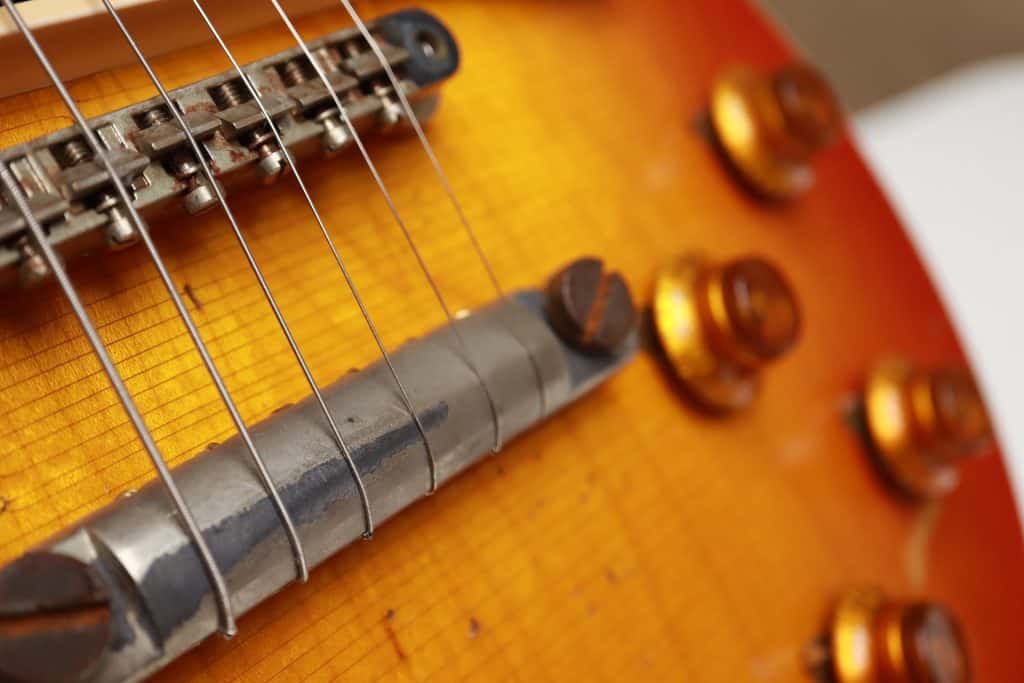 The Les Paul on the other hand, was not used as heavily in the studio as the Telecaster until the 3rd Led Zeppelin album, as a result, the more full sound of the later Led Zeppelin albums, is the sound of a set of humbuckers. This is where the player has more options when it comes to determining how to play like Jimmy Page, and in their choice in guitar, as most typical, passive humbuckers can be made to sound very similar to the classic Led Zeppelin tone.

(Perfect footage of the signature Les Paul in action)

But it takes more than just a guitar to make good tone, which leads to the next segment… 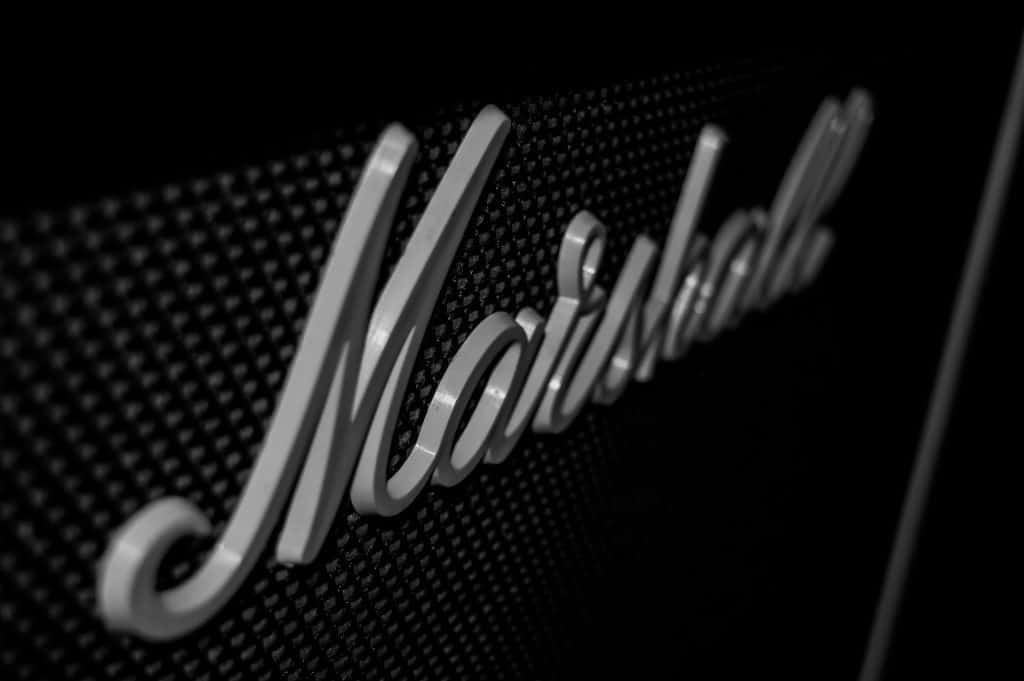 Breaking down how to play like Jimmy Pages, the guitar gods amp tone might initially feel unattainable, but while his inventory of amps through the years is expansive, his tone was relatively simple throughout. Jimmy Page danced around a wide variety of amp brands and models throughout his tenure as Led Zeppelins guitarist, from Supros to Oranges, Rickenbacker amps to his classic Marshall stacks. What has remained throughout however, is his tonal profile, which has always a perfect dance between raucous and smooth.

Much of the overdrive that Jimmy Page used came not from any pedals but primarily from the amps themselves. Any amplifiers that can mimic or channel a good over driven tube sound like that of a Marshall should work fine.

Good attention should be given to the low and mid range, which is weird a lot of Jimmy Page’s iconic sound game from. Warm sounding Marshall amps and deep Gibson humbuckers meld perfectly to create the classic Led Zeppelin tone. 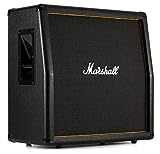 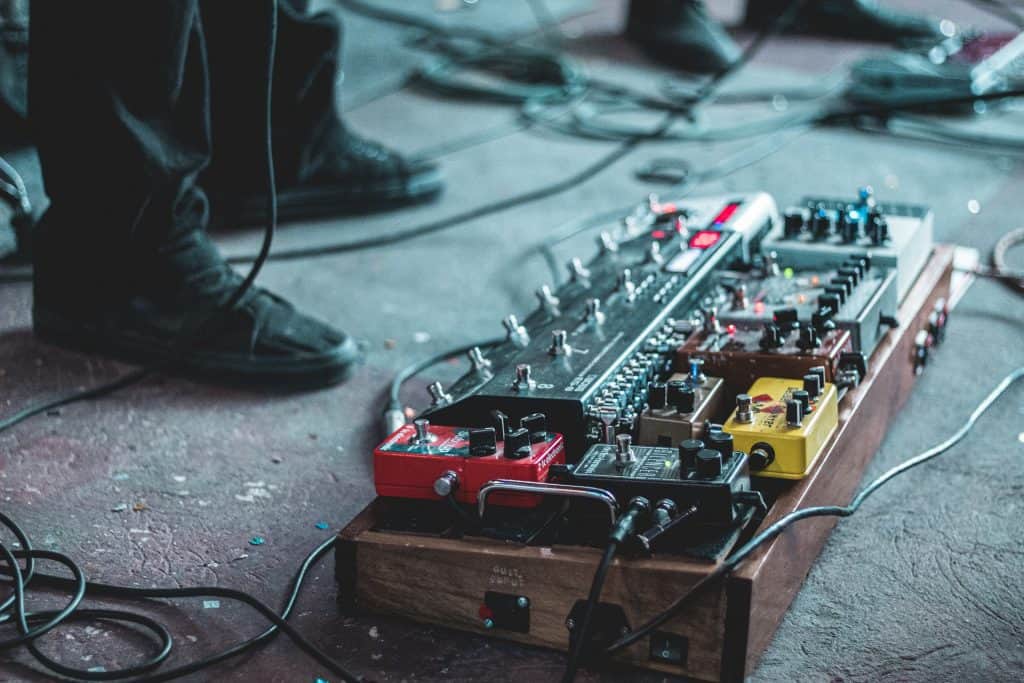 Jimmy Page has been iconic for his Gibson Les Pauls and his Marshall stacks, what is rarely mentioned are his choices in pedals and while Page was never a massive student of effect pedals, it is important to understand how much of his sound came from little boxes on the floor.

Firstly, let’s discuss the pedals that are almost required for the Page tone. On the subject of Overdrive, most of Jimmy Pages transparent overdrive came from his Marshall amps, but there are many times in Led Zeppelin’s discography that a much rougher tone can be heard. This was Jimmy Pages fuzz tone, which he achieved with a Tone Bender brand Fuzz box. Unfortunately, Tone Bender fuzzes are now very rare and as a result are very expensive. Luckily for the player, there are a wide variety of Fuzz pedals available that can mimic that classic 70s fuzz tone. 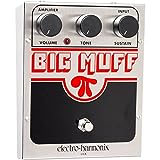 Page also used a Wah Wah pedal often throughout his career. His personal one was likely a Vox or early Dunlop brand one, and luckily for the player, such pedals are still available at a very good price even today. 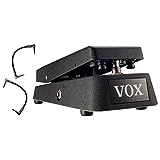 The rest of Pages pedal board consists of an assortment of reverbs, delays and some early modulation pedals. Pages reverb was likely the result of mic placement or atmospheric bleed over, but that does not mean it cannot be achieved through the use of pedals.

Is literally impossible to go into any detail regarding Jimmy Page’s guitar playing without mentioning the blues. Just like Eric Clapton, Jeff Beck and many of his other contemporaries of the day, Jimmy Page was a diligent student of the blues, particularly Mississippi Delta blues, any musician wanting to emulate the style of Jimmy Page, would do well to familiarize themselves with anything and everything related to the blues.

Minor Pentatonic scales in particular will bring the player surprisingly close to that Led Zeppelin sound very quickly. Likewise on a more focused scale, Jimmy Page made great use of pull offs and hammer ons. While this may initially sound like a very shallow observation, listening to pretty much any Led Zeppelin song, especially the most iconic ones will make the player realize that this technique is crucial to just the pure rock and roll sound that embodies Led Zeppelin.

Bending and Vibrato were also huge parts of the technique of Page. Much in the style of blues legends like Albert King and B.B. King, Page used bends not only as a a method of enunciating certain key moments in songs, but also in shaping the ambiance of entire songs in general. Plays wanting to utilize Pages style of bending and vibrato should practice bending half and even whole steps from key notes.

Players should also add bends not only to solos, but incorporate them into primary riffs as well, making sure to pay attention to the flow of the song as they do so. Vibrato is another key factor of Pages playing style, listen to any of Pages solos throughout his entire career and you will hear vibrato that ranges from dramatic to extreme. To play like page, one should not only use vibrato to hold out notes in its simplest form, but to maintain rhythmic flow by keeping the natural vibration of notes in time with the rhythm of the song itself.

Another factor to Jimmy Pages playing is their live performances, this is where Jimmy Page’s skill truly comes to the forefront. The best word to describe Jimmy Page playing live would be something along the lines of “Loose”. Page would often go off on long improvisational tangents, often coming up with entirely new and legendary solos off the cuff in a live setting. The looseness in which Page played embodied the rock and roll attitude of Led Zeppelin and made Jimmy Page a legend in his own right. 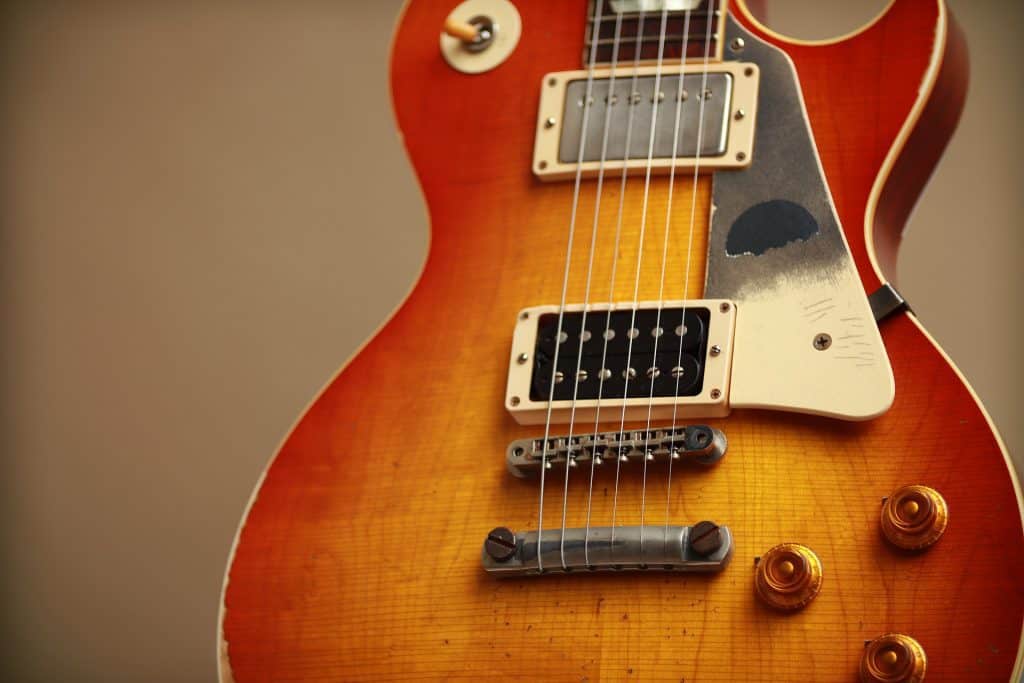 At the end of the day, all the vintage gear and custom guitars won’t make you sound exactly like the guitar legends of old. What matters just as much, if not more than any amount of gear, is good technique and musicianship. Jimmy Page was not a fantastic player because of the amplifiers for guitars he used, but because of his commitment to the instrument in the form of practice and learning. The gear listed above is intended to add to a players arsenal, not to be the end all be all of a guitarist’s abilities.

Was there anything we missed? Anything you feel should be included as well? Let us know below! 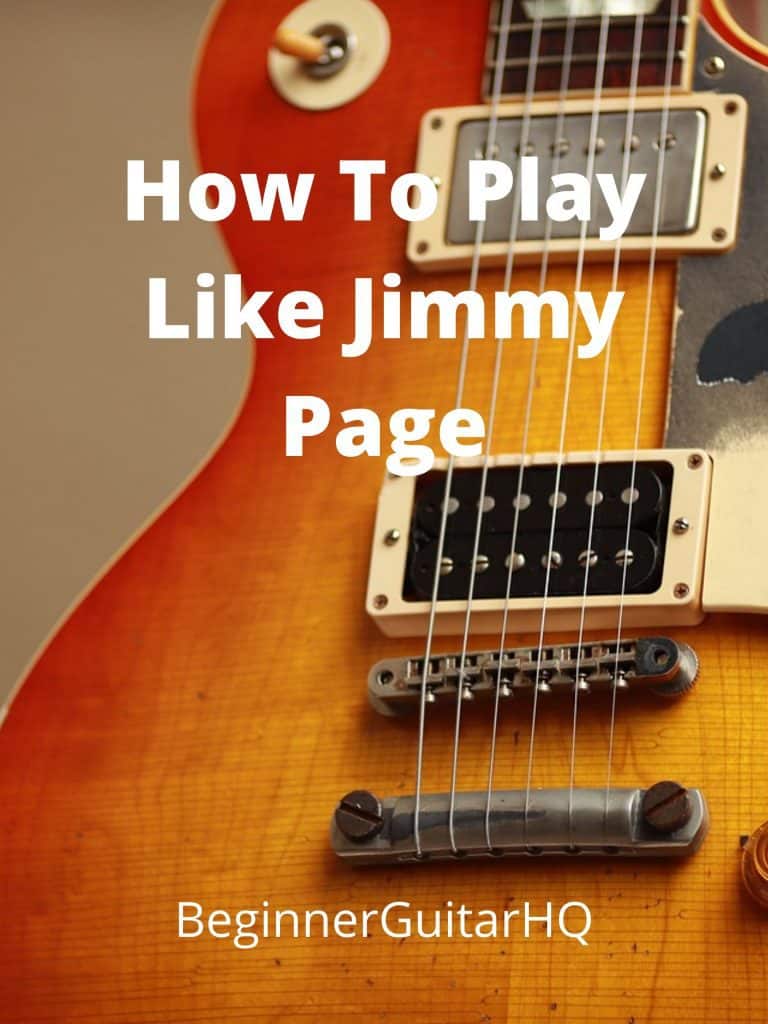