If you browse online, you’ll realize there’s not much information about the MMV either. The reason is this is a custom and limited production guitar. Martin makes a few of these every year, and not because it’s an offshoot budget choice.

Instead, the Martin MMV is incredibly expensive, which is not a rarity for the brand. That means they used their top-of-the-line features like tonewoods, bracing patterns, hand-craft, and aesthetics.

The price, well above the $1000 mark, has lowered the guitar’s popularity over time, which is why Martin doesn’t put too much emphasis on the guitar. 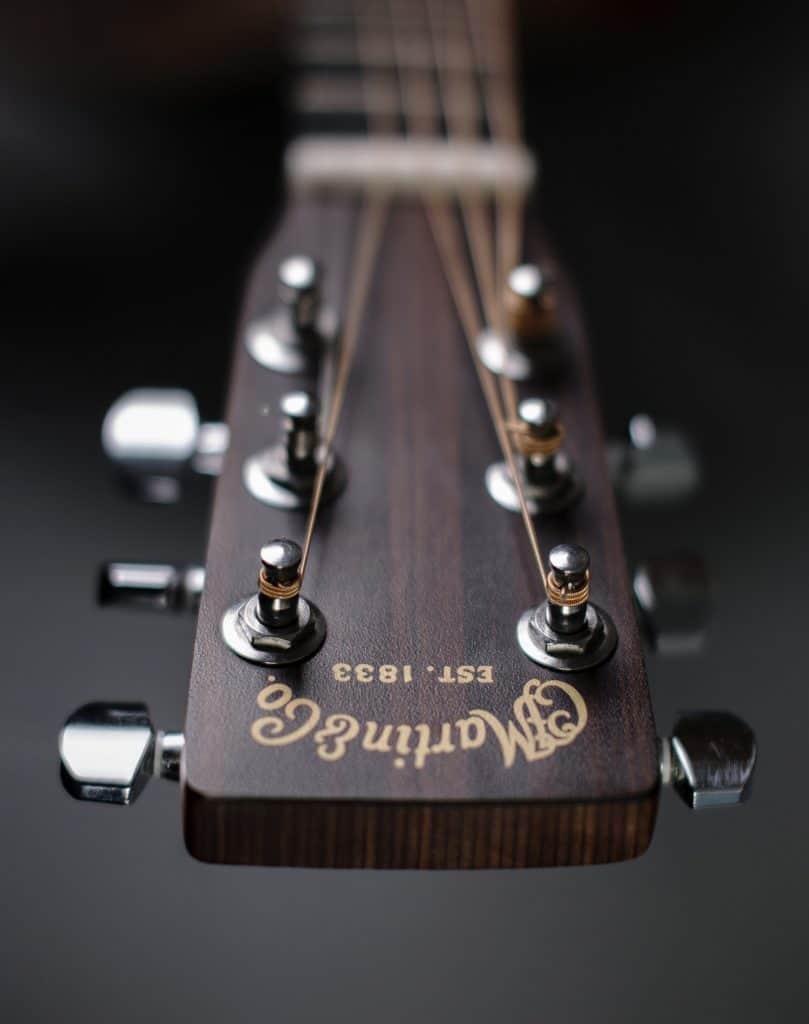 Martin guitars tend to be expensive and feature top-of-the-line features and construction.

The History of Martin guitars

C.F. Martin (Christian Fredrick Marin) was born in Germany in 1976. He descends from a long family line of woodworkers and carpenters. Luthier Johann Stauffer became his master, but, by the time. Luthiers had the rights to produce guitars, and Martin wasn’t a “true” luthier.

In a way, C.F. Martin was part of a controversy raging between woodworkers and violin/guitar makers. The latter wanted to maintain the rights to produce instruments exclusively.

In return, Martin moved his luthier business from Germany to New York in 1833, where there was no restriction. Five years later, he reallocated Martin’s HQs to Pennsylvania, where the company’s main offices are today.

By 1916, Martin created the world’s first dreadnought guitar. Dreadnoughts have big bodies, curves on the upper and lower bouts, and the 14th fret generally joins the fret. 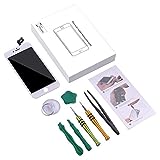 I’ll keep the review short because you may not find the guitar right now. Particularly, if the Amazon link I left below is not available, you can find it here, on Reverb Nation, or here in Musician’s Friend.

Let’s start with the construction:

The Martin MMV has a solid Sitka Spruce Top with a tortoiseshell pickguard. The body also has East Indian Rosewood on the back and sides, plus a nice 19-ply rosette around the soundhole.

Within the soundhole, the guitar has a non-scalloped X-bracing pattern. The construction feature frees at the top of the inner space to create more projection and extra richness. The non-scalloped bracing also allows the guitar to vibrate freely, and it’s a common feature present on most Martin guitars.

If you’re unfamiliar, a bracing pattern means a series of wooden pieces within the soundhole. The construction feature generally increases projection, sustain, and vibration.

Then, it has a mahogany neck, a dark ebony bridge, and a dark ebony fingerboard. The neck-body joint is at the 14th fret, and the guitar has 20 frets. Speaking of the fingerboard, you’ll find various pearl dot inlays marking the important frets.

The neck has a dovetail joint- Dovetail joints mean the neck tongue is glued into the guitar body’s groove rather than bolts. It’s a very tight joint, which increases vibrations across the fingerboard.

Rounding up the construction comes the finish. The guitar is sealed with a superb nitrocellulose gloss finish. That adds incredible aesthetics while canceling moisture, dust, rust, and time damage. It also protects the guitar from bumps and scratches.

In essence, the finish ensures the guitar ages the way it’s supposed to age. See, as the Martin MMV ages, the sound opens up and becomes better.

You see, proper aging dictates whether a guitar degrades or improves over time. It depends on construction materials, sealing process, and finish.

Lastly, the guitar has a set of top-tier gold tuners at the headstock, the Martin logo with a golden color, and a white binding at the edges of the body and neck. 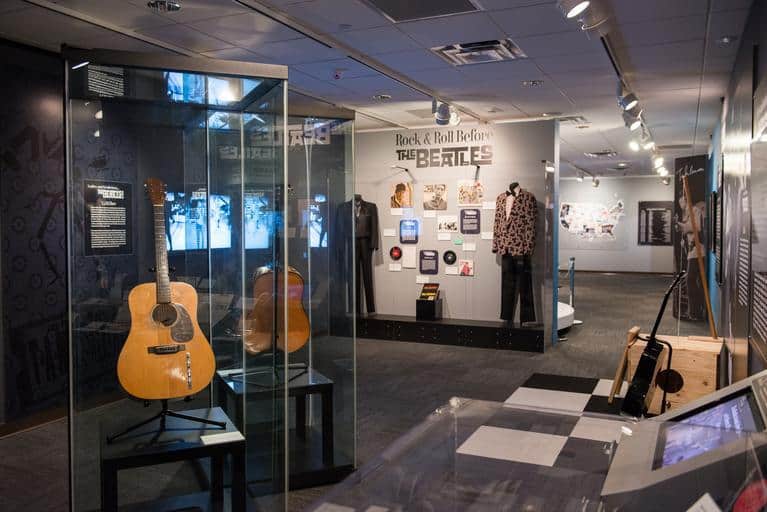 The Martin MMV is an expensive guitar.

The Martin MMV feels great from the moment you pick it. It’s light, smooth on the fingers, curvy, and comfy.

Its sound is equally impressive, but it should be, given the price. It’s full, rich, bassy, and with some emphasis on the mid-high and high-frequency sounds.

Martin guitars tend to lean towards the treble side. However, the MMV has a great bass-treble balance. But like many other mArtin guitars, the MMV also delivers the signature Martin sound, known for remarkable resonance, depth, “texture,” and country-sounding.

The open sound is one of the best I’ve ever heard. It’s smooth, soft, and as premium-sounding, as you may imagine.

The guitar’s action is not quite perfect, though. Yet, you can adjust the string height, as the guitar ships with a truss rod and the proper keys.

What does money buy? Paying a significant fee for an acoustic guitar gets you some quality, and that’s what the MMV is. The price is quite hefty, but it brings nothing but the best Martin has to offer.

Is it for you? That depends on your budget and your willingness to invest in a premium guitar. 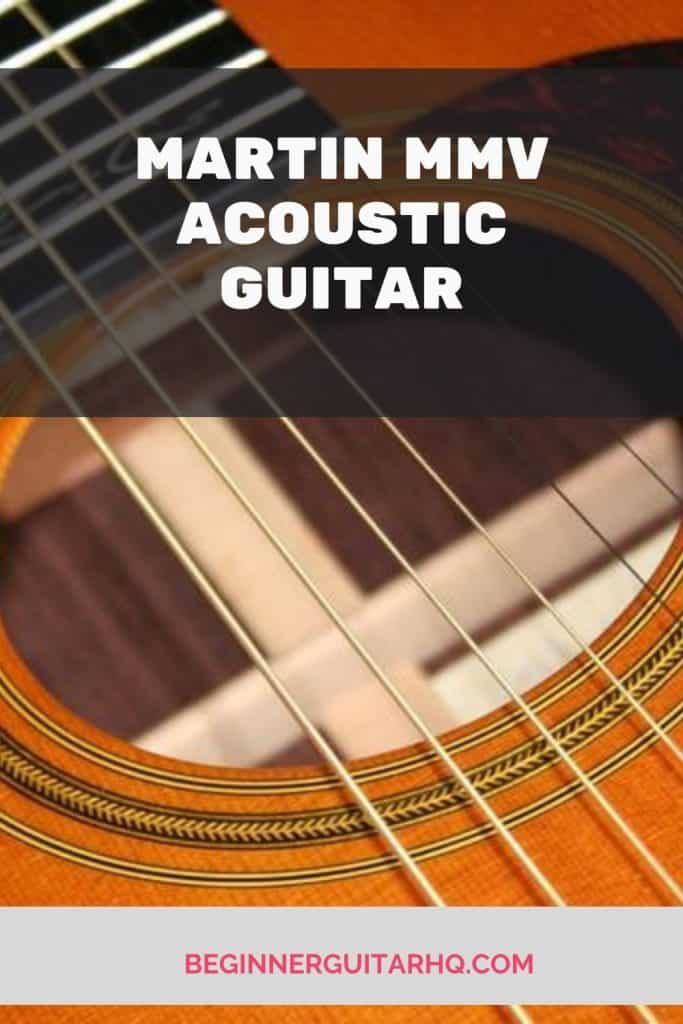