Any mention of name John Mayer and the word ‘guitar’ and the mind swiftly conjures up an image of Mayer, complete with agonizing guitar face, and a Fender Stratocaster firmly in hand. He is well associated with the guitar, from look through to tone. In fact he has not one, but a number of signature Strats to his name, as well as a long line of Martin acoustics.

It comes as no surprise, then, that his latest signature model; the controversial Silver Sky, coming this time from modern guitar builder virtuoso Paul Reed Smith, is far more reminiscent of a Strat than a PRS. Barring the classic 3-a-side PRS headstock, the guitar resembles a Stratocaster in all but very subtle yet beautiful ways. On the surface, it’s just a Stratocaster with the wrong headstock, but underneath it simmers with all the modern fixtures and details one would expect from PRS.There is a slight variation on the classic S-style body shape with an inverted PRS headstock, making it a frankenstein-like blend of vintage and modern aesthetic. This makes it irresistible to some players, yet off-putting to both Fender and PRS purists alike.

This polarization is likely to get the guitar more attention than not; it’s a unique instrument in a time when there’s not much new under the sun when it comes to the electric guitar. Numerous makers in the past have been inspired by, or downright copied the Strat, and frankly PRS are one of the only guitar companies left who haven’t yet jumped on the Strat-copy bandwagon. Now that they have, they’ve done it with typical PRS class and style, creating an instrument that is inspired by the the classic, yet sonically has its very own place in the electric guitar universe.

One thing is for sure; its blending of classic and modern aesthetic, its beautiful subtle Strat contours, and it’s modern PRS pickups are bound to get guitarists the world over talking, and itching to own one. Adding to this is the fact that its endorser and co-designer; none other than John Mayer, adds a credibility and notoriety that is priceless and enticing to potential owners.

Past imitators and outright copiers of the Stratocaster have historically done the same as PRS; they slightly alter the classic body shape and headstock, slap their logo onto it and call it their own. Done. But of course, PRS make some of the best electric guitars ever created, and their version is far more sophisticated than simply cutting and pasting from a classic design.

The first subtle change in the body is in the treble cutaway. They’ve left more meat on it, and then added their trademark scoop-cutaway into the mix. This is the same scoop seen on most of their cutaway electrics, and it provides ample room for the left hand to reach in. The bass cutaway keeps with the Fender aesthetic, although slightly curves into the heel, adding a subtle but classy touch. It also keeps with Fender tradition in the four-screw bolt on neck, and insignia metal neck plate, engraved of course with John Mayer’s John Hancock.

The 3 piece body is made of alder, with all the shapley contours seen on a Fender Strat. It uses a polyester base coat and acrylic urethane top coat, parting from the Fender’s nitrocellulose standard. The pickup cavity remains unfinished, to allow the wood to breath as it ages.

The scratchplate again keeps with Fender, barring a slightly and almost undetectable shape alteration. Indeed, a first quick glance at the guitar body and one would swear its a Fender. Only upon closer inspection can you notice the small but oh-so-classy changes made. From the metal jack plate, to the control knobs and selector switch, PRS takes timeless Fender aesthetic and ever so slightly modifies and modernizes it. Although the changes appear small, we get the feeling these changes would not be able to be made by Fender themselves, for fear of tarring and feathering by obsessed Strat aficionados.

PRS are allowed and take advantage of a get-out-jail-free card here: modernize and improve without the polarization and judgement caused by having ‘stratocaster’ emblazoned along the headstock. And one feels they have taken full advantage, creating a body shape and aesthetic that rivals, and daresay improves on the Fender classic.

It comes in a few space age(and imaginatively named) colours:

The neck of the silver Sky is as PRS as this particular PRS gets. It incorporates the iconic features any PRS owner would expect, including the flying bird fretboard markers, and 3-a side headstock. Indeed, the headstock is the only place on the guitar where PRS and Fender conclusively part ways. This is where the hybrid look that will polarize so many players on each camp comes into play. The change though is, we feel, a necessary one. If PRS had stuck with a Fender style headstock, they would be accused of merely copying a classic: the headstock ensures they keep the PRS protocol and look. Looking at the guitar as a whole, this is what makes it a definitive PRS as opposed to a wannabe Stratocaster.

The neck is slab-sawn maple, with a slightly darkened nitrocellulose finish. As expected, it comes in both maple and rosewood fretboards, both decorated with the PRS bird markers. PRS have stuck with the Strat-correct scale length of 25.5 inches, and rightly so, any longer and it just wouldn’t feel or sound as ‘stratty’ as it should. The radius also keeps in line with vintage Fender, at 7.5 inches.

The tuners are top-locking like all PRS guitars, albeit with a slight vintage twist.

The Silver Sky pickups and controls again follow Strat specs; a master volume with two tone controls and 5-way selector. Generally, the innards of the Silver Sky again stick to the tried and tested Fender formula, accept for one small but very important alteration.The volume pot is valued at a standard 300k and tones at 250k each, but PRS have wired a small resistor between the volume input and the ground, essentially making the pot 275k. What this does is fix the problem so many Strat owners have complained about for decades: the tone doesnt fade off and decay as the volume is turned down. Ant change made to the volume of the guitar does not cost you in tone quality. This feature also helps each guitar sound more uniform from one to the next, and apparently stops the high end becoming screechy, also a problem on older Strats.

The pickups are rich and textured, more bold and meaty than traditional single coils. The signature 635JM single coils don’t disappoint with a vintage look and modern tone. Everything you’d expect from PRS.

The PRS Silver Sky sits firmly in the middle of classic vintage features and modern player aesthetics and style. It is this middleground which makes it so polarizing to players. The look and feel of the classic Strat mixed in with the PRS modernity make it both desirable and unique, yet not quite the one or the other binary divide which so many purists desire.

All in all, PRS have knocked this one out of the park. They have boldly done something which arguably Fender themselves could never do: they have subtly altered a classic in ways almost unnoticeable yet in Fender circles could be perceived as the ultimate sin. It’s a great frankensteinian mix of old and new, culminating in a guitar which feels both classic and yet fresh simultaneously. With the stamp of approval of an established artist and guitar hero, and the stamp of an established brand used by many guitar heroes including the indomitable Carlos Santana, the guitar is bound for a place in the history books of a long line of classic guitars. 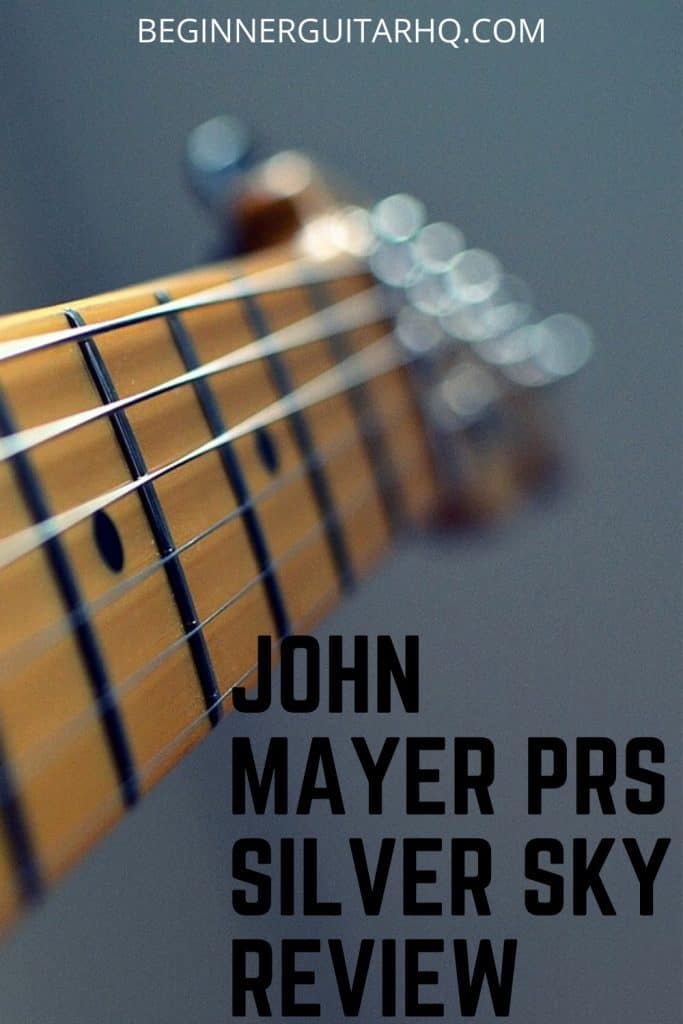